Wanna know where to watch the Europa League across Europe this year? Watch the 2019/20 Europa League season in Amsterdam, Berlin, London, Edinburgh, Paris and Bath LIVE on HD screens and projectors!

It’s all kicking off in September, with the grand final set for the end of May. 2019’s final saw Chelsea and Arsenal go head to head, so England have a lot to live up to this season. See Europe’s greatest teams in action with a big, juicy burger, bar snacks and a beer or two. You footy fans don’t wanna miss this!

Find out more at your nearest Belushi’s 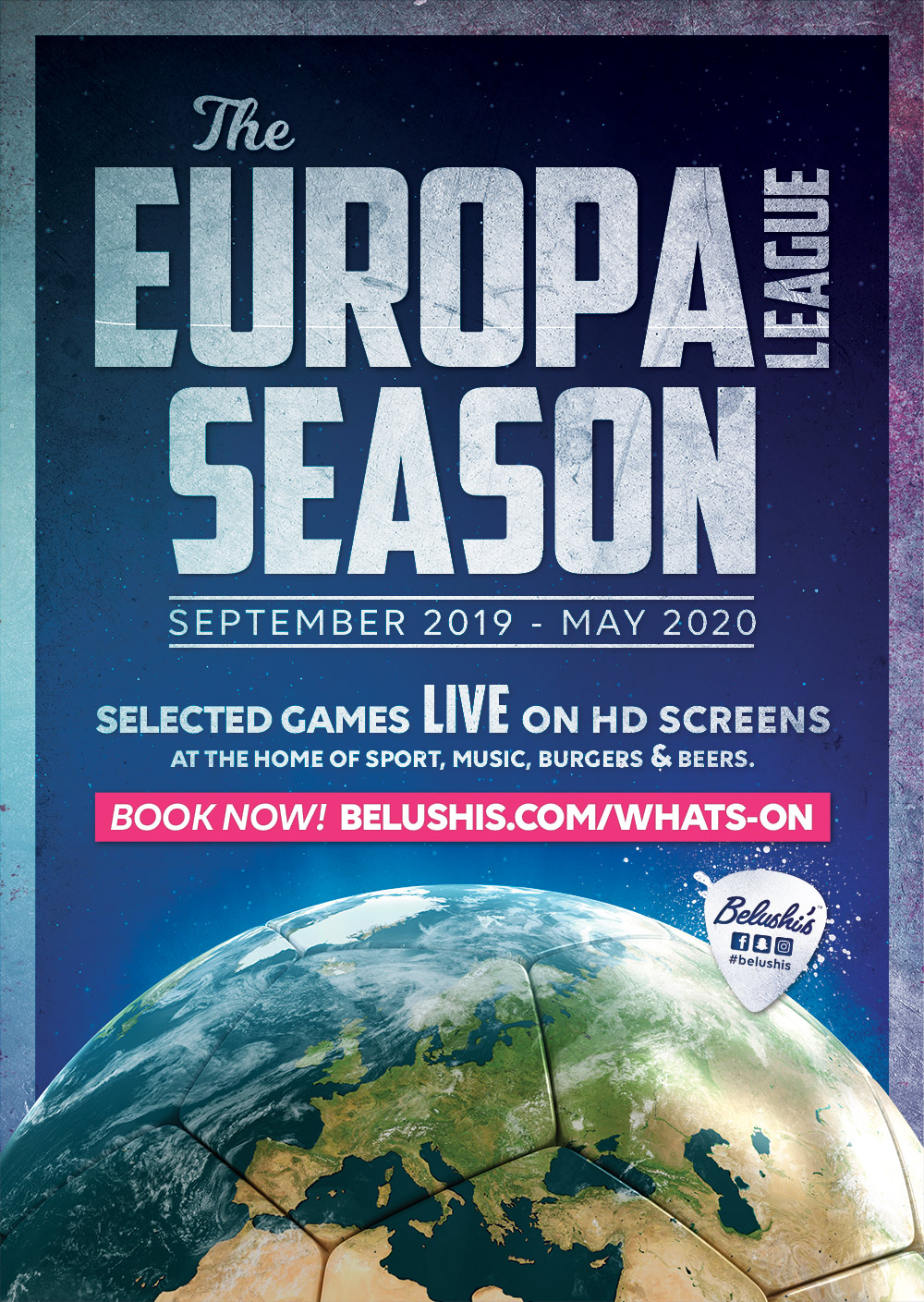