Next, a big game in Group H, with top of the group Juventus, travelling to second place, Chelsea! A win for Chelsea could take them top of the group, how will this game fare?!

To kick off Wednesday, a tie from Group C, Besiktas v Ajax! Can Ajax continue their perfect record and their place at the top of the group?

Wednesday, 8pm, brings us a massive game, with PSG travelling to the Etihad to take on Manchester City! Which stars will take the stage in this huge tie in Group A?!

A tie from Anfieldat 8pm, Liverpool v Porto! With Liverpool already confirmed group winners, can they upkeep their perfect record?!

Join us at Belushi's all across Europe to find out ! 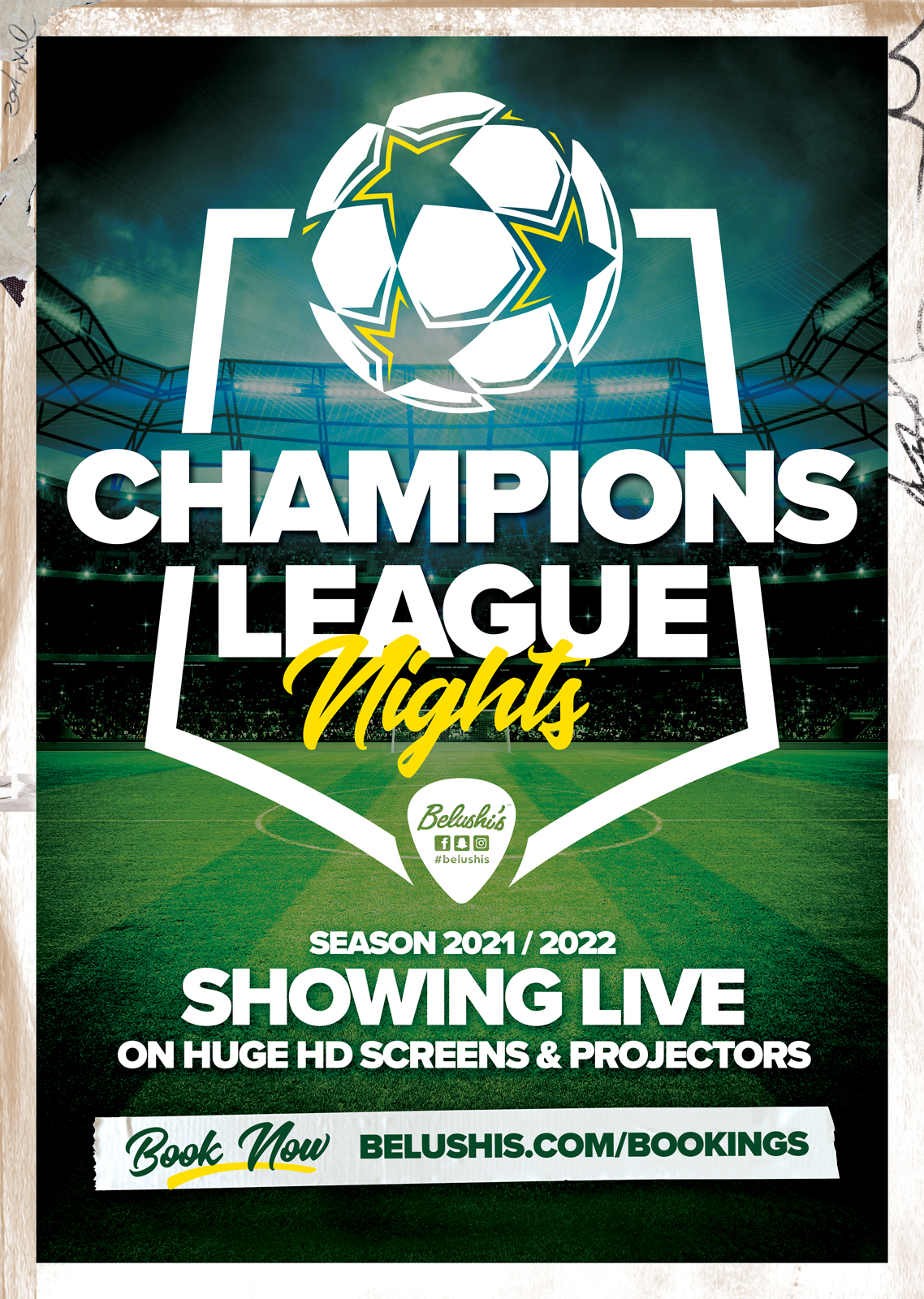