Watch the Champions League Final live in Belushi’s across Europe

Looking for somewhere to watch the Champions League Final in Europe? We’ll be screening the whole game on huge HD screens on the 29th of May in Belushi’s. Head to your local Belushi’s to watch the winning team lift the trophy. Expect a buzzing atmosphere in our venues, plus tasty pre-match food and drinks to sort you out before, during and after the game.

Book your table at your nearest Belushi’s to guarantee your seats for the final of Europe’s biggest club tournament. We’ll also be stocking a wide selection of beers and other beverages.

With Bayern Munich defending their title and being amongst the favourites to win again this year, they will have to compete against other top teams such as Manchester City, PSG, Liverpool but also Chelsea, Real Madrid and Juventus. Hard to predict who is going to win! What we do know is that Beluhsi’s bars will be all set to cover all this action LIVE! Book now and make sure you don’t miss this epic event !

Find out more at your nearest Belushi's: 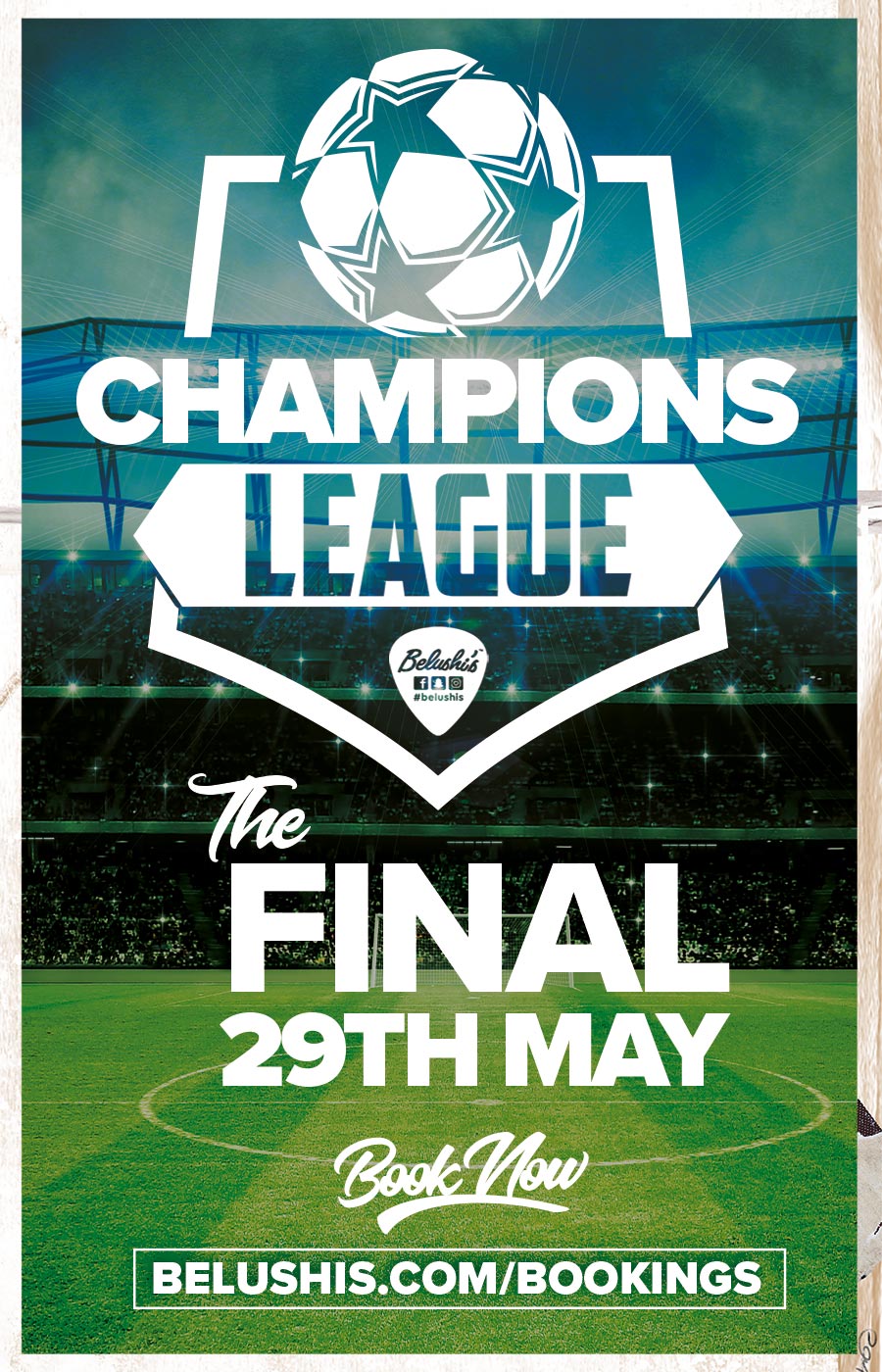