Heard about Amazon Prime’s latest recruit? The streaming giant is now showing Premier League games and if you’re after somewhere to watch them, Belushi’s has you covered.

Get down to our bars in London, Edinburgh and Bath to watch Amazon Prime games LIVE on huge HD screens and projectors! Our bars will be taking their pick of the best fixtures to show, so get in touch with your nearest Belushi’s to check the line-up.

Football fans, you don’t want to miss it.

Get in touch with your nearest Belushi’s for more info: 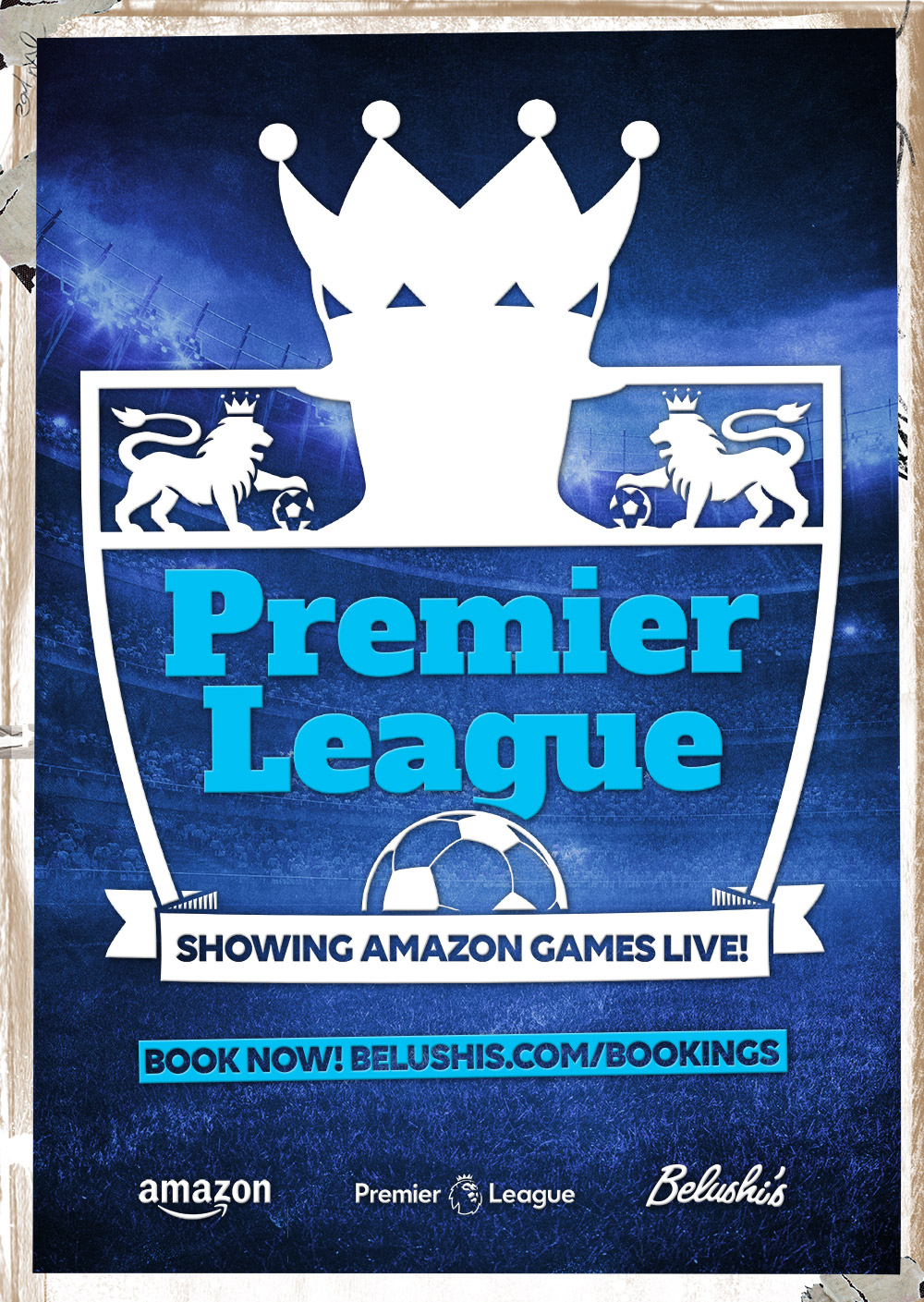