**THIS EVENT HAS HAPPENED, WE'LL BE UPDATING THIS PAGE FOR THE 2021 FINALS**

Get to Belushi’s across Europe as we show the AFL finals, culminating with the Grand Final on the 24th of October live from the Gabba for the first time ever!

The Home of International Sports will never let you down for an awesome atmosphere, opening bright and early for the games as we see if Richmond will retain the Premiership Cup or if there’ll be new champions. Either way expect cold beers, hot breakfasts and Happy Hour deals to set you right.

You’ll be watching the end of the Australian footy calendar in style and we show the finals on loads of HD screens with English commentary on. It’s gonna get busy, so don’t miss out and book your table now!

See the up to date ladder here, with the top 8 team going through to the finals

All upcoming fixtures and results can be seen here

We’ll be showing the action at your nearest Belushi’s.

To make a reservation simply fill out the booking form below 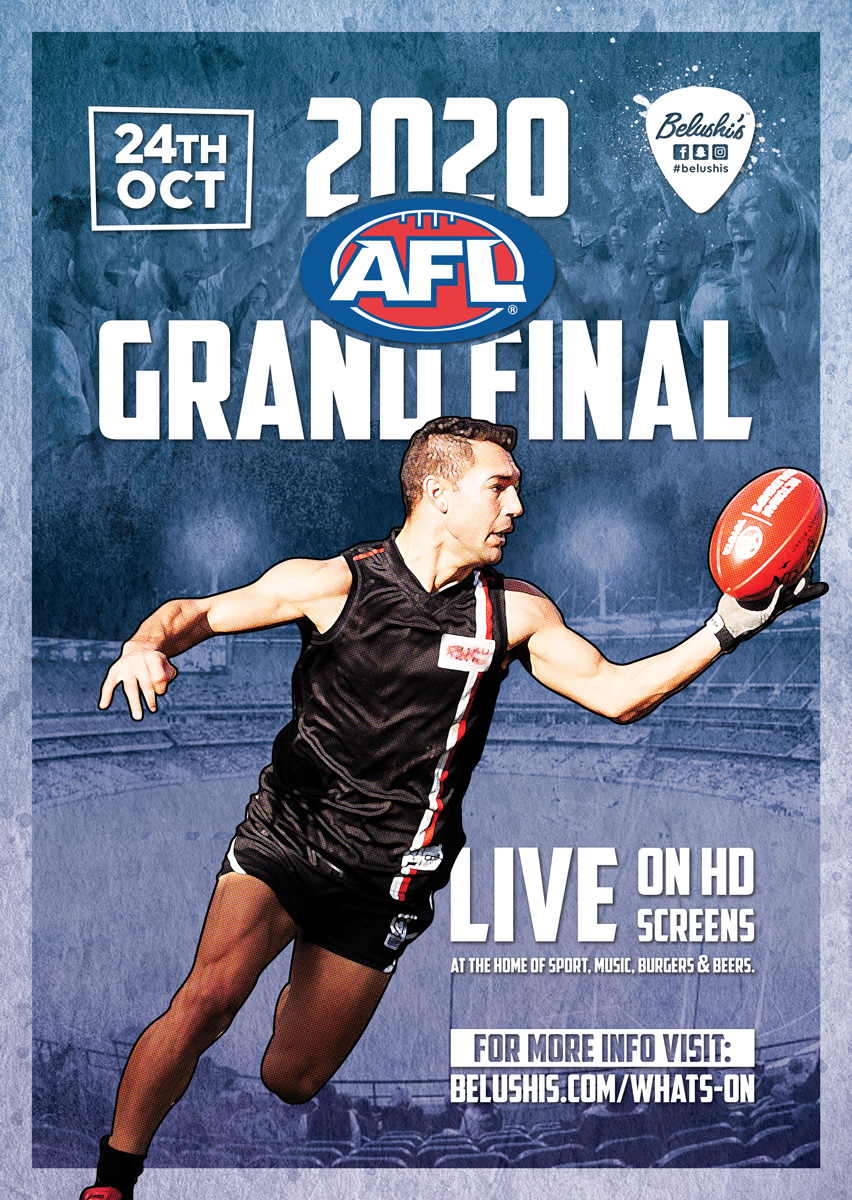