Watch the Rugby World Cup in London at Belushi’s Bars

The greatest rugby competition in the world is back for 2019! After 4 long years, it’s time to get on the search for the best bars in London to watch the Rugby World Cup… Lucky for you, we know the place.

Join us at Belushi’s Bars across the city to see the world’s best rugby teams battle it out to make history and lift the 2019 Rugby World Cup!

Cheer on your country from the Home of International Sport in London from 20th September ‘til 2nd November, where you know you won’t be the only one rooting for your team. We’ll have people from all over the world watching the Rugby World Cup on our big screens in London, so expect an epic atmosphere for every game of the tournament!

We’ll be serving up our big, juicy burgers, bar snacks, chicken wings and more, plus breakfast for the morning early bird matches. Make the most of our international draught beer selection and our ciders, spirits and cocktails.

All our London bars are decked out with huge HD screens and a giant projector, as well as private HD TVs for every booth.

Want more? Book a seat at our newly refurbished Hammersmith bar where we’ve got epic stadium seating in front of the biggest projector you’ve ever seen! There’s nothing else like it in the whole of London. 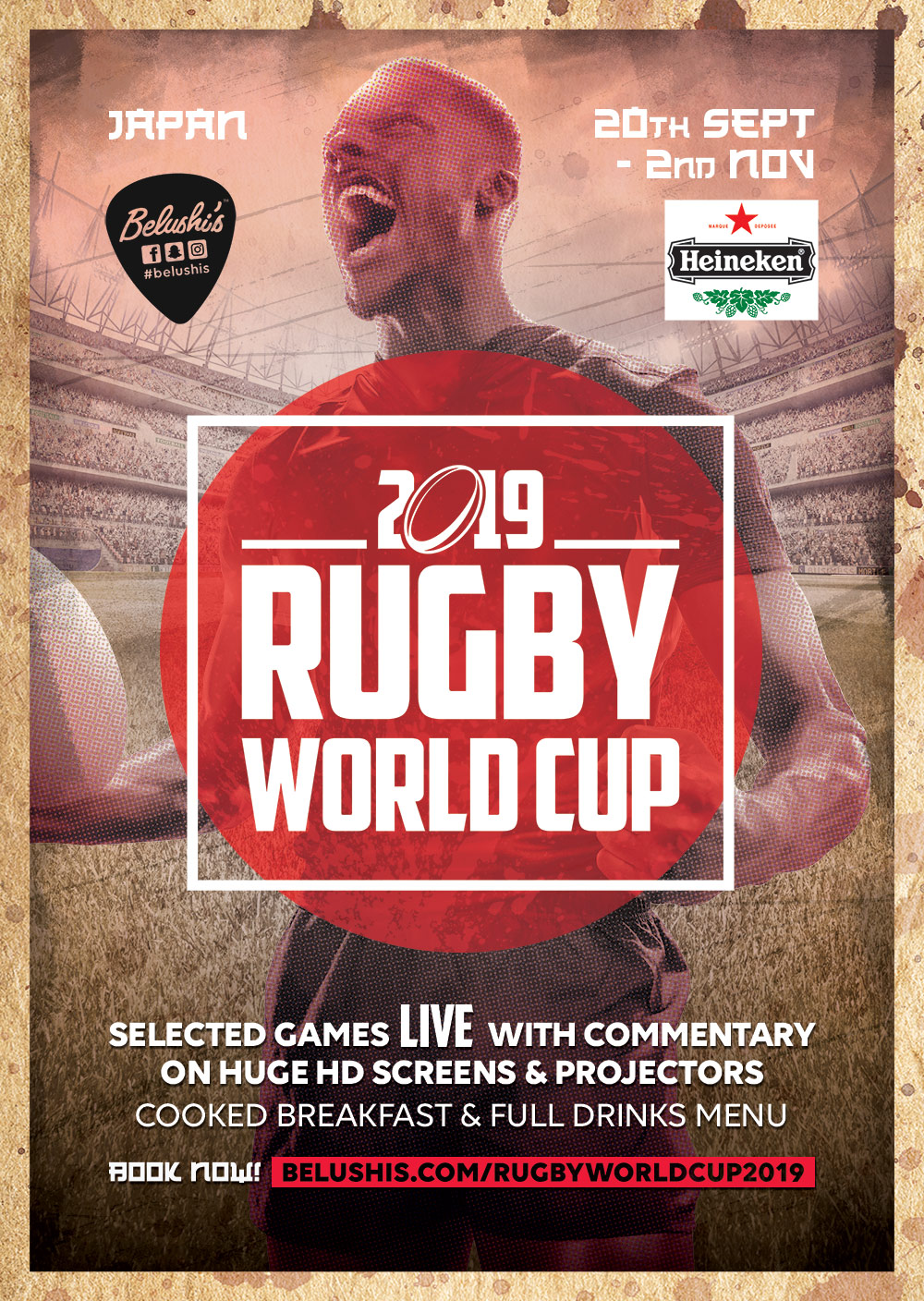