Watch the Champions League in Edinburgh at Belushi’s Bar

Looking for the best bar to watch the Champions League in Edinburgh? Get yourself down to Belushi’s in the Old Town to see it all live on HD screens and a huge projector!

We’re the best spot to watch live sport in the city, so book a table for the biggest games of the season before it’s too late. We’ve got an epic food menu stuffed with juicy burgers, bar snacks, nachos, wings and more, as well as a load of spirits and international beers on tap. Plus you won’t find a better football atmosphere in Edinburgh!

Whether you’re rooting for Liverpool to win for the second year running, for Real Madrid to pull through after one year losing out, or for your favourite team of the season, don’t miss it at Belushi’s Edinburgh! Book now for the best seats in the house. 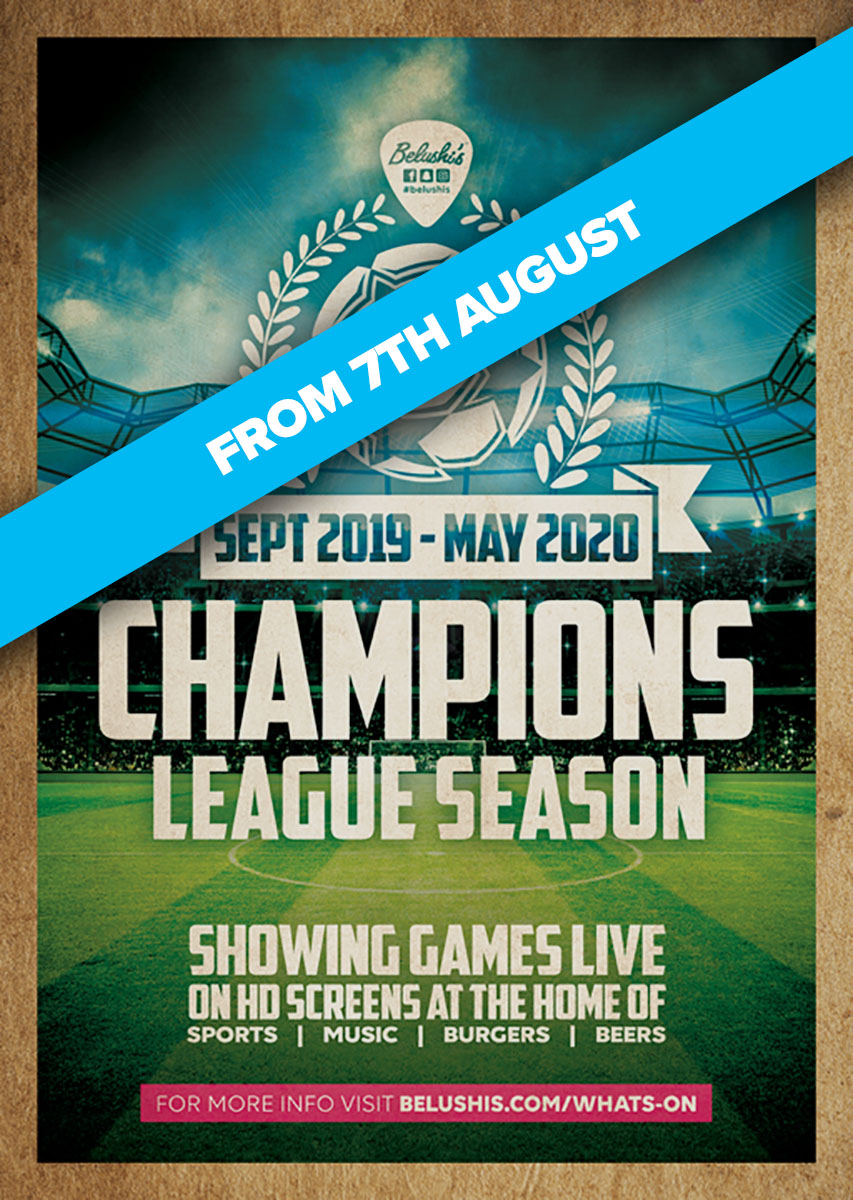