Watch the Six Nations in Barcelona at Belushi’s Bar

Rugby fans must be among the happiest sports people on earth: after an insane year of rugby the circuit doesn’t stop and everything’s set now for another edition of the Six Nations on its way.

Between Feb 1st and March 14th the six biggest nations in the sport clash again with the only goal of taking the cup home. Watch the Six Nations 2020 LIVE in Barcelona's city centre at Belushi's!

Wales are still celebrating last year’s Grand Slam, their third in eleven years. But will it be the turn of another nation to reach the glory? Don’t miss the road to the final LIVE on our +10HD screens and projectors!

Root for your team by watching it all happen at the Home of International Sport, and whether or not your team gets the victory, you’re still in for a killer time with an atmosphere to match.

Expect big, juicy burgers and bar snacks on the menu, as well as Barcelona’s Longest Happy Hour and a wide range of craft beers, international spirits and way more behind the bar. Nothing beats rugby at Belushi’s so don’t miss out on the best seats in the house! 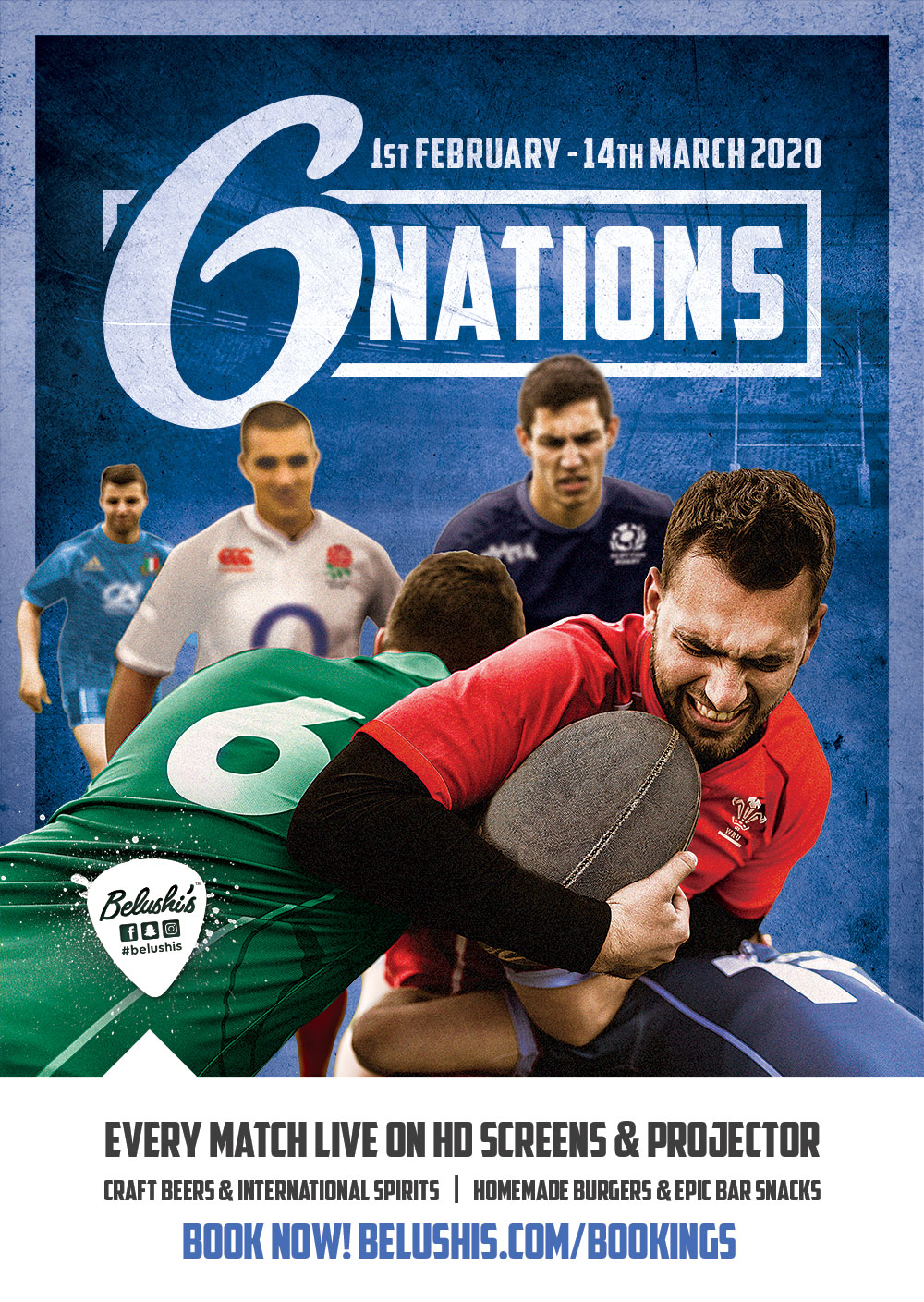