Wild card weekend could be… fun 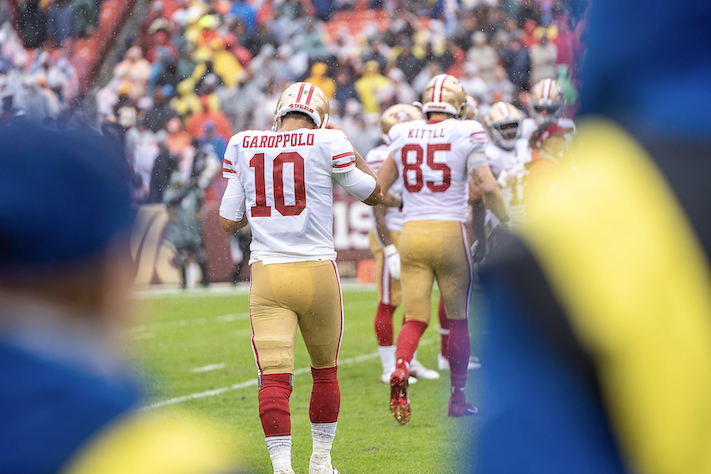 The Wild Card Round is officially upon us and there are quite a few matchups that will have a lot of people tuning in and watching. Let’s cover some of the matchups and take a deeper look into these upcoming games.

The first would be the Seattle Seahawks taking on the San Francisco 49ers. This is the third matchup between these two squads, with the 49ers winning each of the first two throughout the regular season. The Seahawks weren’t even supposed to make the postseason a few weeks ago, yet they overcame obstacles to get a rematch with the best defense in the league and Brock Purdy. Can Purdy rise to the challenge and advance further into the playoffs?

The next game is between the Los Angeles Chargers and the Jacksonville Jaguars. If there’s ever a game that nobody expected at the beginning of the year, it’s this one. The Chargers have always had the talent needed to make a run, but they’ve always had weird coaching and injury problems. They got then Jaguars, a team that was expected to get another high draft pick. Instead, Trevor Lawrence and Doug Pederson have this squad rolling heading into the playoffs, having won their division. Lawrence and Justin Herbert are two of the most entertaining young quarterbacks in the league, this will be a great battle.

The Miami Dolphins and the Buffalo Bills might not be as exciting as some of the other ones. The Bills want to stomp their rivals and march into the Divisional Round in honour of Damar Hamlin. Josh Allen and company will be firing on all cylinders while the Dolphins look like a shell of themselves without Tua Tagovailoa. Tua hasn’t been cleared for football activities just yet, and it’s unlikely he will play. Regardless of whether it’s Teddy Bridgewater or Skylar Thompson, the Dolphins might not have enough offensive juice to take down the Bills offense.

Moving onto the New York Giants and the Minnesota Vikings, the Giants were another team that nobody thought could make the postseason and yet here they are. New head coach Brian Daboll has this squad playing their best football in years with Daniel Jones and Saquon Barkley. Meanwhile, the Vikings have shown some high potential with Justin Jefferson and Dalvin Cook leading the way. These two teams met up a few weeks ago and it took a 61-yard field goal at the end of regulation for the Vikings to win. The Giants have a genuine shot to upset the Vikings season.

Next, we have the Baltimore Ravens and the Cincinnati Bengals. This game might not be that close at all. If Lamar Jackson is playing, this will be a very heated battle between the two playoff teams. Without him or even Tyler Huntley available, the Ravens look nothing like themselves. Last week, we saw the Bengals and Joe Burrow decimate the Ravens from start to finish. That’ll happen again if Lamar can’t get onto the field.

Then finally, we have the Dallas Cowboys and the Tampa Bay Buccaneers. The Cowboys tend to flame out early on in the postseason and just so happen to play the team that beat them in the season opener. Not to mention that Dallas is coming off their worst performance since that season opener. Plus, it’s never easy to take down the Buccaneers and Tom Brady. Even though they haven’t been playing great football this season on either end of the field. Don’t be surprised if Brady and company shock Dallas once again.