Should we be worried about the Minnesota Vikings? 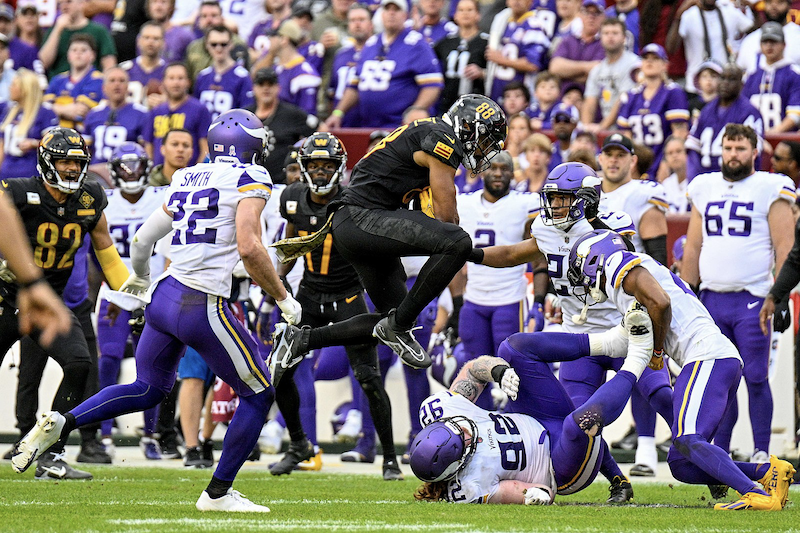 The Minnesota Vikings had an opportunity to battle it out for the top record in the NFC Conference if they could have beaten the Green Bay Packers in Week 17. Instead, they were decimated by a 41-17 score and remained exactly where they were in the seeding. So, with that being said, is it time to be worried about the Vikings down the back stretch of the season?

First things first, they don’t win the way that you would expect. They were talking about it all broadcast during their loss to the Packers - Minnesota are 11-0 in games that have been decided by one score, which is, or is close to, the most wins like this in a single season in league history. On top of that, they usually win these close games by avoiding costly penalties and they don’t turn the ball over often. When they don’t do either of those things inconsistently, they start to rapidly unfold in front of our eyes.

We also can’t forget that the Vikings seem to be a completely different team depending on the time of day they are playing at. Quarterback Kirk Cousins looks excellent when he’s playing at noon, then unravels in primetime. He’s certainly not the guy you want leading your team if you have a Sunday Night primetime matchup with heavy playoff implications.

Now look, those are some pretty bad negatives that might hurt them as they enter the postseason. It’s hard to see a team like this continue to narrowly pull out close wins and win the way that they’re used to. However, this is an awfully talented roster, nonetheless. If Cousins is playing at his best, there are countless weapons at his disposal. The offensive line is pretty solid, Justin Jefferson is phenomenal, TJ Hockenson was a great addition, and the combination of Dalvin Cook/Alexander Mattison can take a lot of pressure off their passing game.

When this offense can perform at a high level, there are not many teams that can keep up with them. In fact, there are not many teams with a cornerback on their team that can shadow Jefferson throughout an entire game. Last week's matchup with the Packers was the first time that Jefferson was limited to just one catch for 15 yards - and they were blown out because of it.

Finally, even stern Vikings fans will admit that their defense is atrocious right now. It might be slipping past a lot of people when they think about this team but it’s a major concern. They’ve given up the second-greatest number of yards per game this season, in front of only the Detroit Lions. They also allow the second-greatest number of points per game at 25.9. The only team that they’re in front of right now is the Chicago Bears.

In my opinion, I would be terrified of the future if I were the Vikings. They don’t play much of any defense; they rely heavily on their games being played at a certain time of day and have been uncharacteristically flawless in close games up to this point - which at some point is bound to change.