What Makes Or Breaks A Good Quarterback? 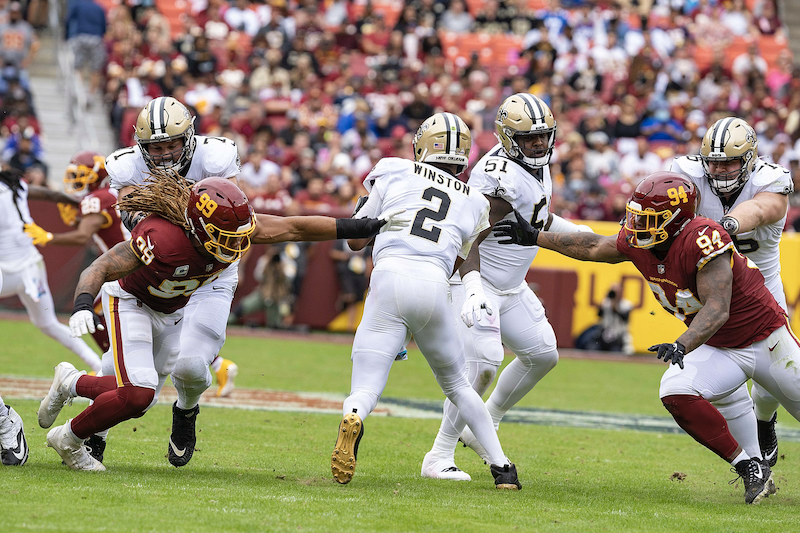 Sadly, fans and teams alike don’t really appreciate the importance of a great supporting cast in the NFL anymore. Everybody is so quick to jump ship on a quarterback that nobody really knows what they might be able to do in the right situation.

There’s simply no way that a quarterback can be able to reach his true potential without a solid group around him. Look at the Chicago Bears for a second. They have done a very poor job of building around their new franchise cornerstone Justin Fields, and there's a reason why it hasn’t panned out into something much more early on. The reason being is that you need to build around your quarterback, or else success isn’t going to be finding its way to you.

The Los Angeles Rams were able to build upon a superstar-calibre roster, and they knew that they could be just a quarterback away from winning it all. That was the reason they traded Jared Goff to the Detroit Lions in exchange for Matthew Stafford. And what do you know, Stafford helped them win a Super Bowl with that supporting cast. Stafford isn’t the greatest quarterback in the world, and he didn’t have much success with the Lions up to that trade. Yet, in one year, he won the championship.

You can also take a closer look at Jalen Hurts. He didn’t have the greatest first few starts to his NFL career, but the Eagles not only kept the faith in him, but they bolstered it. They went out and drafted DeVonta Smith, traded for AJ Brown and gave him the full keys to the offense. Not to mention that they fit the entire offensive scheme to what his skill set is. Just look at them now, Hurts and the Eagles are 13-1 and flying high in the NFC Conference.

A lot of times, teams feel the need to switch quarterbacks too often. After all, so many people believe a quarterback is the only thing needed to win a Super Bowl. That’s just not the case. It’s why so many phenomenal quarterbacks don’t have a Super Bowl to their name. Franchises give up too easily on their stars to rush to the next best thing. Baker Mayfield could be a good example of this. In just a few short years with the Cleveland Browns, he took them to the postseason, which was unheard of at the time for Cleveland. Yes, the Odell Beckham situation didn’t really work, and he played injured, but it was his third or fourth offensive system in just a few years with them. They never built around him or designed plays to help him succeed at a high level. After one bad year, he was shipped off.

Teams need to understand that patience with your quarterback is the biggest thing. Once you coach them right, give them the keys to the offense, build around him and let him work, you can determine whether he is the future or not for your offense. The New York Giants did this with Daniel Jones. Many weren’t sure what his potential was after some bad showings early on. They fixed the offensive line, built up their defense, hired a great coach and let him get one more season. At the moment, the Giants have a winning record and could be thinking twice about letting him go in the offseason. Hopefully, more teams build around their signal callers rather than hope they carry them on their own.