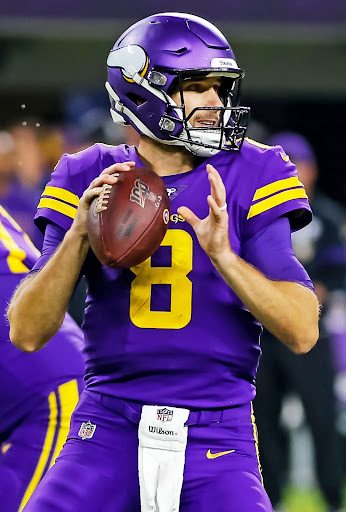 The Minnesota Vikings completed a major comeback against the Detroit Lions to come away with their second win of the season. Meanwhile, the New Orleans Saints fell flat for the second straight week offensively to drop down to 1-2. These two squads are set to meet one another in London, the NFLs first game over there so far in 2022. So, let’s look at these two teams and see who might be in the better position to come away with a win.

Starting with the Vikings. Now, the injury to Dalvin Cook could be a problem. He left the end of their last game against the Lions due to an injury after rushing 17 times for 96 yards and a touchdown. However, the drop-off between him and Alexander Mattison isn’t major. Mattison stepped in and took seven carries for 28 yards and a touchdown in the fourth. The change could be something worth monitoring though. As for the passing game, Kirk Cousins continues to be a great game manager. He had 260 passing yards, two touchdowns and zero interceptions but didn’t get Justin Jefferson involved in the slightest, as he had just three catches for 14 total yards. Minnesota has been tough to predict so far this season, but a lot of it relies upon whether their defense can find their footing. Out of 12 total quarters of football that we’ve seen from their defense, they’ve been great in six and horrendous in the other six.

As for the Saints, they have a lot of issues. However, it’s incredibly difficult to pinpoint what exactly is holding them back. Some believe that the coaching isn’t near where it should be, which is the drop-off from Sean Payton stepping away from coaching. Others think that it’s Jameis Winston at fault, though he’s being played with four fractures in his back and an ankle injury along with it. Nevertheless, the Saints offense has not been clicking. Alvin Kamara doesn’t really look involved much at all, they aren’t ever in a rhythm and the turnovers are constant. For example, they’ve seen a running back lose a fumble in all three games they've played so far. The lone star against the Carolina Panthers last week was the rookie Chris Olave though. He had nine receptions for 147 yards on the afternoon. This team isn’t ridiculously bad though either, with that defense being a top 10 unit in the league. Marshon Lattimore is playing like arguably the best cornerback in football, their secondary isn’t allowing any major plays outside of one against the Panthers after multiple missed tackles and their run defense remains strong. The problem is that they can’t keep it up for all four quarters due to the offense continuously forcing them out there.

This is going to be quite the entertaining matchup. If neither offense is able to get going, this will be just another one of those low scoring, grind it out type of games. However, if the Saints can start to get it moving on offense, the Saints are going to be in the driver's seat to win. It seems like New Orleans has the more consistent/stronger defense compared to the Vikings. Minnesota has just been better offensively all year long. The team to get it going first on offense will win this game, and right now I just can’t say for certain that it will be the Saints. Take the Vikings in London.