NFL Game of the Week: Buffalo Bills vs. Baltimore Ravens 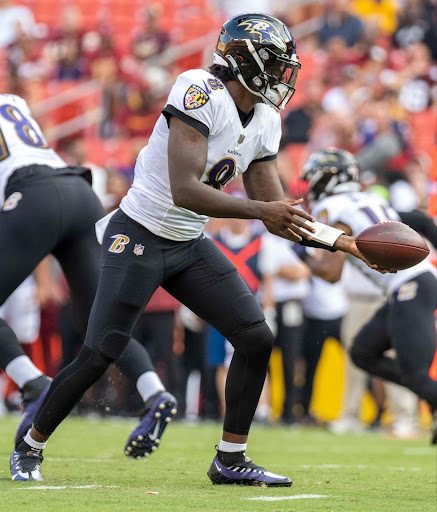 Week 4 gets headlined with another superstar matchup involving the Buffalo Bills and the Baltimore Ravens. The Bills just endured their first loss of the season to the Miami Dolphins last week, while Lamar Jackson shined in a Baltimore win over the New England Patriots. With each team standing at 2-1, they aren’t looking to drop down to .500 on the season with a defeat.

Let’s start this preview off with the Bills. They arguably couldn’t have played better in their loss to the Dolphins, as they had a shot to win it at the end and the clock unfortunately worked against them. Josh Allen continued his bid for the MVP award as well. He completed 42 out of his 63 pass attempts for 400 yards and two touchdowns without an interception. Oh, and he also led the team in rushing yards by taking eight carries for 47 yards. The defense did it’s just against a stellar Miami wide receiving trio also by limiting them to just 17 points on the afternoon despite missing multiple key starters in the secondary. The real issue that I can see from this team is the run game outside of Allen. For example, lead running back Devin Singletary had nine carries for 13 total yards. Zack Moss had four for 46 yards, but 43 of those came on one big chunk play that doesn’t happen often. We all know how great Buffalo is through the air and on defense, but eventually they need a run game.

Flipping over to the Baltimore Ravens now, the only reason they are competitive this season is Lamar Jackson. There’s just no other way to look at it right now. Jackson completed 18 out of his 29 pass attempts for 218 yards, four touchdowns and one interception against the Patriots during Week 3. If you still aren’t impressed yet, then how about we tell you he took off 11 times and totalled 107 rushing yards with an additional touchdown. The run game was clicking well with Justice Hill taking six rushes for 60 yards and JK Dobbins taking seven for 23. Their downside is their defense. After allowing nine to the New York Jets in the season opener, the defense let up 38 to the Dolphins followed by 26 to the Patriots who were missing Mac Jones for a few drives. Jackson has been terrific, there’s no question about that. However, he can’t keep getting tasked to win by putting up 40 a night.

These two offenses have been firing on all cylinders since the start of the y ear and it doesn’t look like that’ll stop now. I foresee each team putting up nearly 30 points in this game, though I am feeling a lot more confident in the Bills than the Ravens. Jackson has been incredible but at some point, the team can’t keep winning games by relying on his heroics. Allen on the other hand badly needs a more consistent ground game, but the weapons around him and the defense on the other side is giving him more leniency than Jackson has. If you’re looking to roll with either one of these teams, I’d choose the Bills.