WEEK 9 GAME OF THE WEEK: CLEVELAND BROWNS VS CINCINNATI BENGALS 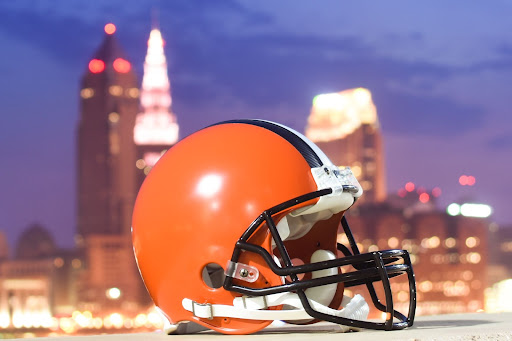 The Ninety-Nine Yards team are back with Belushi’s for the NFL’s Week Nine Preview. This time our contributor is Mark Jeffrey, a New York Giants fan since the 1990 Super Bowl XXV win.

In week 9 the focus is a divisional matchup in the AFC North as the 4-4 Cleveland Browns visit the 5-3 Cincinnati Bengals.

Head to the Belushi’s NFL Hub to check out our NFL packages and book a table.

Both teams suffered a Halloween horror show last weekend. The Cleveland Browns lost a hard-fought contest versus the Pittsburgh Steelers and the Cincinnati Bengals put on a terrifying performance losing to the New York Jets. The defeats punctured their promising early-season records, and a win is needed this weekend to get back on track in this highly competitive division.

KING IN THE NORTH

For much of the last 20 years, the Pittsburgh Steelers and Baltimore Ravens have dominated the AFC North, with the Browns and Bengals also-rans in the division. However, the last 12 months have seen shoots of recovery for both teams. The Browns 2020 season, under new Head Coach Kevin Stefanski, resulted in plaudits and a playoff berth. For the Bengals in 2020, the arrival of number 1 draft pick Joe Burrow saw a spark on offense which has intensified this season as he was reunited with former LSU teammate wide receiver Ja’Marr Chase. Could the Browns and Bengals challenge this season to be the 2021 King in the (AFC) North?

The Browns jumped out to a 3-1 start with their sole defeat a close 4-point loss to the Kansas City Chiefs. Only one victory has been registered since then, squeezing past the Denver Broncos by only 3 points. Much was expected of the Browns this season, so where has it been going wrong? In the last 5 games, the Browns have exceeded 17 points just once. Their running game is still ranked 1st in the league (by DVOA at time of writing) but the Browns, and QB Baker Mayfield, cannot move the ball effectively through the air. Mayfield is playing through the pain, managing a shoulder injury, but voices are growing louder that he might not be able to take the Browns to the next level. Question marks also hang in the air around the future of wide receiver Odell Beckham JR ahead of the trade deadline this week. Whilst their defense can keep them in games, can their offense step up to get them back in the win column?

A week is a long time in the NFL. Seven days separated the Bengals 41-17 win over the Baltimore Ravens and their 31-34 defeat to the New York Jets. What was most surprising about that defeat was how the Jets moved the ball with ease on the Bengals much-improved top-10 ranked defense. If the Bengals defense can assert their previous sense of control on games, then the offense has a talented skill group to call upon. Cincinnati will need to rediscover their Joe Mixon-led running game as the Jets won the battle up front last week, restricting the Bengals to a season-low 41 yards on the ground. Success running the ball then gives Joe Burrow the ability to develop the play-action pass which is a key part of their offense. Burrow will also need to clean up his game late-on as he has five 4th quarter interceptions, the latest of which gave the Jets their go-ahead score.

Good teams can have bad days. The Bengals and the Browns will be looking to prove they are good teams with playoff aspirations. Expect the Browns to try and dominate on the ground to take pressure off the misfiring passing game. This will also keep Joe Burrow and the more dynamic Bengal’s offense off the field. When the Bengals do have the ball the Browns will follow the Jets blueprint, by stifling the run game and trying to pressure Joe Burrow into more crucial mistakes.

With the AFC North now so tightly packed this is a “get-right” game for both sides. On balance, the Bengals have more options and depth on offense, and this may just tip the game in their favour. However, the Browns do have two potential match-winners in running back Nick Chubb and one-man wrecking crew Myles Garrett (10.5 sacks already this season). A tense, close, divisional slugfest beckons on Sunday!

Don’t forget you can follow MJ (@47yards) and the @NinetyNineYards team on Twitter for the latest in NFL conversation, and of course, keep an eye out on the blog for fresh content from the team.