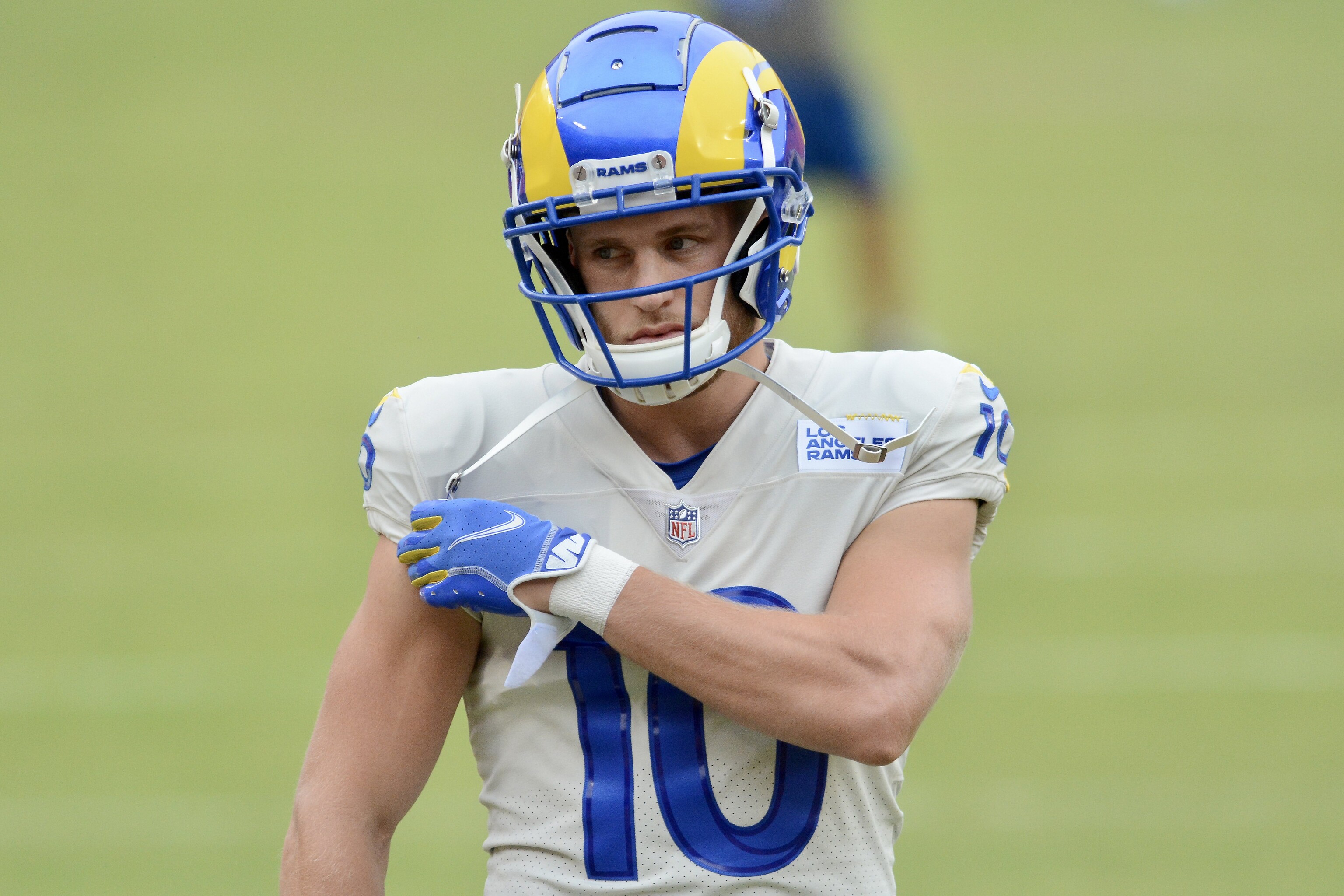 The Ninety-Nine Yards team are back with Belushi’s for the Wildcard round NFL preview. This week Rob Grimwood takes a look at the mouth-watering matchup that sees division rivals Los Angeles Rams host the Arizona Cardinals.

With the twists and turns of Sunday’s action-packed week 18 schedule, we now turn our attention to the NFL playoffs for week 19. The boys have been well and truly separated from the men, and now we get to watch the remaining teams throw down haymakers on every play as they look to advance as far as possible.

It’s sad to say but Sunday marks the end of the regular season. 256 games have gone by in a flash, but we still have another 16 and, more importantly, the playoffs to look forward to. 11 of the 14 playoff spots have already been decided, six of the eight divisions too. Seven teams will vie for the final three spots: two AFC wildcard spots and one wildcard in the NFC.

This round regularly lives up to its name as it can get wild. In the past, we have seen some unbelievable dustups in this, the first round of elimination football. Whether it be the shock in 2011 where we saw Marshawn Lynch’s famous beast mode run as the 7-9 backdoor underdogs Seattle Seahawks defeated the then defending Superbowl Champs New Orleans Saints. Or be it Mr Butt-fumble himself, Mark Sanchez, and his mediocre Jets team overcoming the powerhouse that was Peyton Manning’s Indianapolis team. This round throws up some real doozies - and that might well be the case this week.

Not only does it throw up some surprises, but it also can showcase some of the best teams vying for a piece of football immortality. This coming week sees two teams facing each other that at some point this season have played some of the best football we’ve seen in 2021.

The standout game for me this week is the Los Angeles Rams hosting fellow division rivals, Arizona Cardinals. Not only do these teams know each other very well, at times this season, both teams could have quite easily claimed the title of “best looking team in the league”. At the half point mark of the season after week nine, the Rams were sitting comfortably at 9-2 including an impressive 34-24 win against the reigning champs, Tampa Bay.

They managed to see the season out despite a rocky three-loss run midway through the second half of the season and ended up clinching the NFC West, finishing just ahead of the Cardinals. During the season however, the Rams home form was a middling 5-4. That included a loss at home to this very Cardinals team. Despite their new home at SoFi stadium being state of the art, the home performances have not always reflected that for Sean McVay’s team.

Away Upset on the Cards?

The Cards started the season very brightly. Oozing elite talent particularly on offense, Kyler Murray and co were looking hot favourites to go all the way after starting the year 7-0. But unfortunately, as the injuries totted up, so did the losses.

With key injuries to big name players such as DeAndre Hopkins and J.J Watt, as well as Murray missing three games with an ankle injury, the Cardinals quickly unravelled. They finished the year 11-6, with five of those losses coming in the second half of the season.

Despite this, there’s still an edge to Kliff Kingsbury’s air raid scheme. They finished the season with tough games versus the Colts, Cowboys, and a tricky away game in Seattle this week just gone but didn’t necessarily look particularly bad in any of them.

Key To The Game

For me, this game will be decided by which team defends the best. Sounds obvious, I know, but with two elite offenses that will be looking to trade blows on every down, whichever defense folds first will find it hard to right the ship.

Unbelievably, the Cards are the only team to have kept superstar wide receiver Cooper Kupp under 90 yards receiving this season. That will need to be repeated. If they manage that, then they’ll also have to work on keeping OBJ quiet on the other side of Kupp. That’s not necessarily a given though, seeing as OBJ has had 20 receptions in the last three weeks. If they can do that, whilst not allowing the resurgent Sony Michel to run the ball all over them (90 yards per game rushing over last six weeks), then the Cards have a good chance providing Kyler Murray can dissect the gnarly looking, star-studded Rams defense!

On the other side of the ball, if future hall of fame edge rusher Aaron Donald can navigate his way through Arizona’s offensive line to keep Kyler quiet, the Rams will have an excellent chance of shutting up shop. With no Hopkins, A.J Green will likely draw elite corner Jalen Ramsey whilst a mix of Von Miller, Leonard Floyd and Taylor Rapp will be trying to keep target hog’s Christian Kirk and Zach Ertz at bay over the middle.

This can go either way considering the Rams up and down-home form. But looking over the last few weeks, I fancy the Rams to have enough strength on both sides of the ball to see off this once promising Arizona team. I predict a close first half, with the Rams running away with it in the second half.

Looking for somewhere to watch the NFL playoffs or Super Bowl in London and across Europe? Head to our NFL Hub to check out our table packages and offers at our bars.