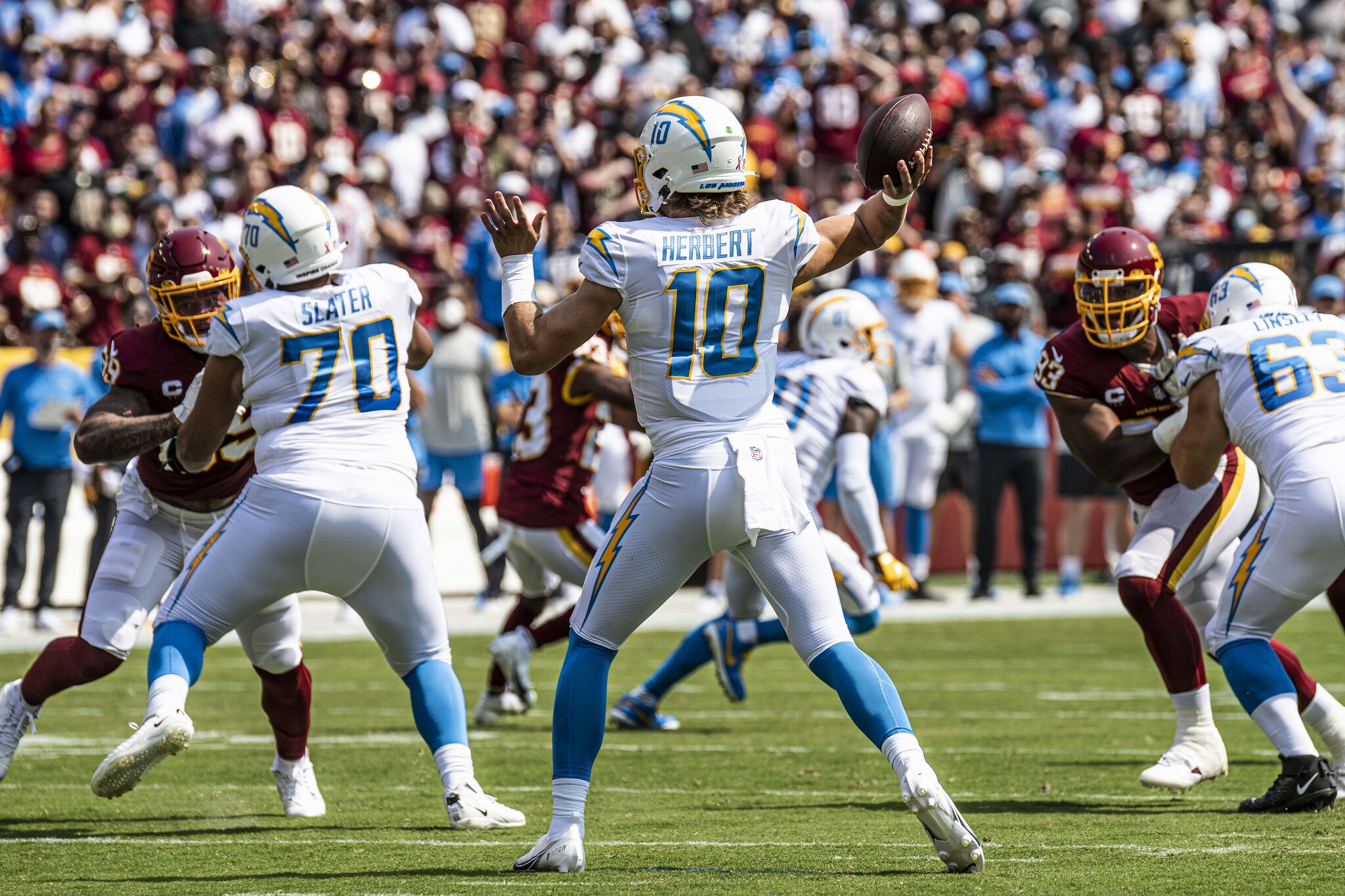 The Ninety-Nine Yards team are back with Belushi’s for a week 18 NFL preview. This week Adam Barton takes a look at the showdown for a wildcard spot in the AFC West

It’s sad to say but Sunday marks the end of the regular season. 256 games have gone by in a flash, but we still have another 16 and, more importantly, the playoffs to look forward to. 11 of the 14 playoff spots have already been decided, six of the eight divisions too. Seven teams will vie for the final three spots: two AFC wildcard spots and one wildcard in the NFC.

The standout game though must be the LA Chargers travelling to Las Vegas to face the Raiders. While 49ers @ Rams will be an exciting game, three words take the game in Vegas to another level: Win. And. In.

The playoffs come to Nevada a week early in week 18. Both teams need to win and have the added satisfaction of ending their rival’s playoff hopes. The Chargers and Raiders enter the game locked at 9-7 but tiebreakers leave the Raiders the eighth seed behind the Chargers in the coveted final playoff seed. All can and will change with every twist and turn on Sunday as they face off on Sunday Night Football.

The division title may be out of reach with the Chiefs two games ahead, but winning Sunday’s game would be huge for both teams. For the Chargers, it would book a trip to the playoffs for the first time since 2018 – and only their third appearance since 2009. Meanwhile the Raiders are looking to confirm a first playoff appearance since 2016, which would be, amazingly, only their second appearance since going to the Super Bowl in 2002.

The Chargers have been the epitome of inconsistency this season: since starting 4-1 and falling to 4-3, they have alternated wins and losses: WLWLWWLLW. Beating the Broncos on Sunday took them two games over .500 and crucially holding on to the seventh seed in the AFC.

The Raiders started similarly well with wins against the Ravens, Steelers, and Dolphins. They have been just as inconsistent as the Chargers – hence the same record – albeit with more extreme swings in form. This season the Raiders have won three, lost two, won two, lost three, won one, lost two, won three. There’s no doubt that the Raiders are the form team heading into the game. Effectively they have had three win or go home games against the Browns, Broncos and, most impressively, the Colts in Indianapolis. Before week 15, at 6-7, per 538 the Raiders had a 5% chance of making the playoffs. Now, it is 53%. In fact, despite sitting behind the Chargers, the Raiders can make the playoffs even with a loss, if the Colts and Steelers lose too.

While not all stats show it, this has been Derek Carr’s best season yet. At the very least, it’s his best since 2016. He has 500 yards more than any other season, 69.2% completion percentage and 21 TDs. Can he outduel the boy wonder Justin Herbert? The sophomore has increased gradually in year two with 4,631 yards, 67.3% completions and 35 touchdowns.

The numbers suggest that this game will be tight. Losing chunk yards will be crucial. Another dead heat is sacks. Both teams have 32, joint ninth fewest in the league. There is a gap in sacks allowed though, Chargers have 28 (25th) but Vegas have 37 (14th). Can Joey Bosa live up to his billing and outduel Kolton Miller? The form so far suggests that his 9.5 sacks won’t be enough. Maxx Crosby and Yannick Ngakoue will have more success over Rashawn Slater and co. – with 16 sacks between them.

If the Chargers win, it will likely be a landmark primetime game in Slater’s career, proving his status as a superstar to the NFL public.

The Raiders troubles this season have been well documented with resignations, cuts, and arrests. They think no one believes in them but Rich Bisaccia has got them playing and one game from the playoffs. Meanwhile, the Chargers have had a fair few cases of heartbreak in recent history. Can they hold their nerve this time?

Sunday night is sure to be a dramatic chapter in this rivalry.

Don’t forget you can follow Adam (@abarton93) and the @NinetyNineYards team on Twitter for the latest in NFL conversation, and of course, keep an eye out on the blog for fresh content from the team.