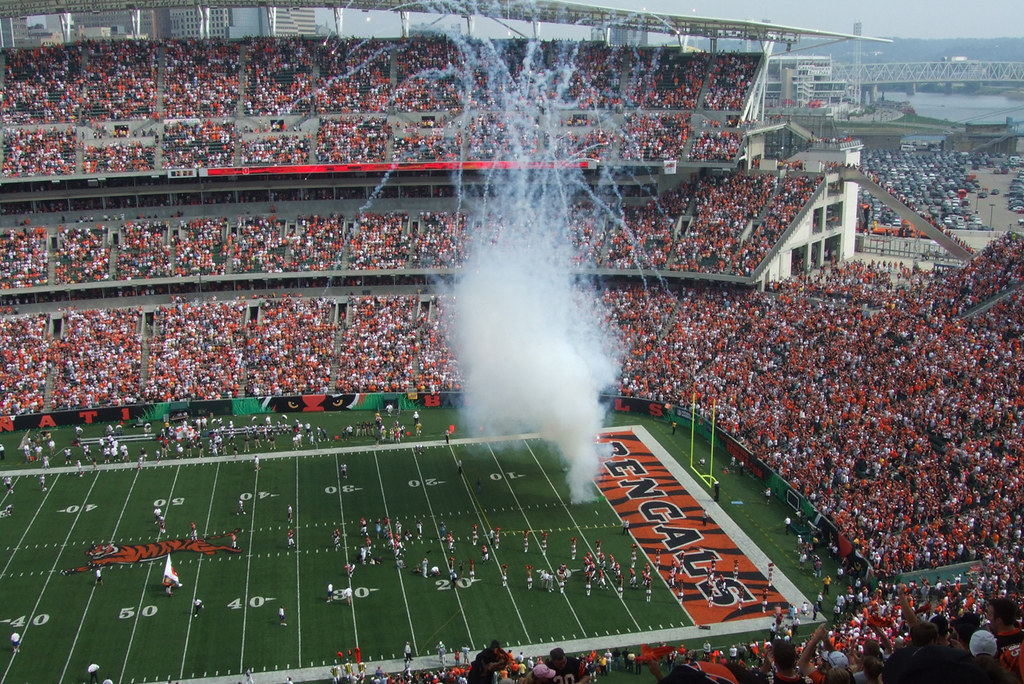 The Ninety-Nine Yards team are back with Belushi’s for a week 17 NFL preview. This week Adam Barton takes a look at two monsters of the Midwest facing off.

The AFC North is done, what about the #1 seed?

The AFC North has been a topsy turvy division all season. Now it is crunch time. One contender for game of the week was Browns @ Steelers, an elimination game that will see one control their destiny in week 18 whilst ending their rival’s season. But both teams are not in the best form.

December is when the top teams hit their stride and separate from the pack. Our game of the week is the two hottest teams in the AFC as the third seed Bengals host the top seed Chiefs. Both teams had dominant statement wins in week 16. Cincinnati beat the injury and Covid-ravaged Ravens, who were missing 33 players, 41-21 with Joe Burrow throwing for the fourth most yards in a game in NFL history (525). The win gave the Bengals a one game lead in the division and tiebreakers over the Ravens and Steelers, having swept both teams for the first time since 2009.

Meanwhile Kansas City thumped the Steelers 36-10, with Ben Roethlisberger stifled and throwing for only 159 yards, most of which were in garbage time as the Chiefs rested their stars. So far since week one, the Bengals’ wins have come in pairs, but the Chiefs have won eight straight.

Both teams have excelled on offence, with the Chiefs producing the third most yards on offence in the league. That is down to the second-best passing offence, with the Bengals sitting eighth on the list, aided by 941 against the Ravens over the season. While both teams do average over 100 yards a game on the ground, they are in the bottom half of the league. That said, with Patrick Mahomes and Joe Burrow hitting form, it is inevitable that the Running Back stats will take a hit.

What will be slightly concerning with each running game is the ability to control a game. This is a matchup of two playoff teams in the AFC – yes OK, the Bengals need one more win to confirm their spot in the playoffs. Keeping the opposition offence off the field is huge in the playoffs, playing against the best teams, particularly in inclement weather. Both will look for more from Clyde Edwards-Helaire and Joe Mixon respectively going into the playoffs.

One area that could decide the game is the turnover battle. Even despite Patrick Mahomes’ struggles early in the season, the Chiefs have a +3 ratio, while the Bengals are -2. That is the difference between the tenth and 20th best team in the league. Interestingly, Kansas City have four more giveaways than Cincinnati, but their defence has been that much more explosive than the Bengals, with 28 turnovers, fourth most in the league. Furthermore, the Chiefs are the best offensive team on third down, converting over half of them. Can the Bengals get Patrick Mahomes off the field?

Having watched the Bengals receivers terrify the Ravens’ practice squad secondary, with Tee Higgins headlining with 194 yards, they now face a more competitive matchup. Now it is Higgins, Chase and Boyd facing off against Ward, Sneed, Thornhill, and Mathieu. Can the immovable force quell the unstoppable force? This will be one of the closest battles between units all year.

A lower profile matchup, though no less important, is Jonah Williams and Quinton Spain holding off Frank Clark and Chris Jones. Cincinnati have allowed 47 sacks, third most in the NFL, 20 more than the Chiefs (8th). That said, the Chiefs do have the fifth fewest sacks with 26.

One of the underappreciated matchups in this game is the first meeting of Patrick Mahomes and Joe Burrow, at any level. Much has been made of the next generation of Quarterbacks coming through, but this pair are rarely compared. Based on this season, it is potentially a new Manning vs Brady rivalry. The QBs are fifth and sixth in passing yards on the year. Mahomes has 33 TDs, Burrow has 30. 13 INTs v 14. 66.1% v 69.9% completion percentage. This is a yardstick game for the sophomore Burrow.

It is a big game for both teams, with the AFC West champion Chiefs all but assured of a first-round bye with a win. For the Bengals, a win would book a trip to the playoffs and put the Bengals on the brink of a first division crown in six years. Burrow v Mahomes I could be one for the ages and worthy of significant hype. Even if it is a defensive struggle, it will have a massive effect on the AFC playoff picture.

Don’t forget you can follow Adam (@abarton93) and the @NinetyNineYards team on Twitter for the latest in NFL conversation, and of course, keep an eye out on the blog for fresh content from the team.