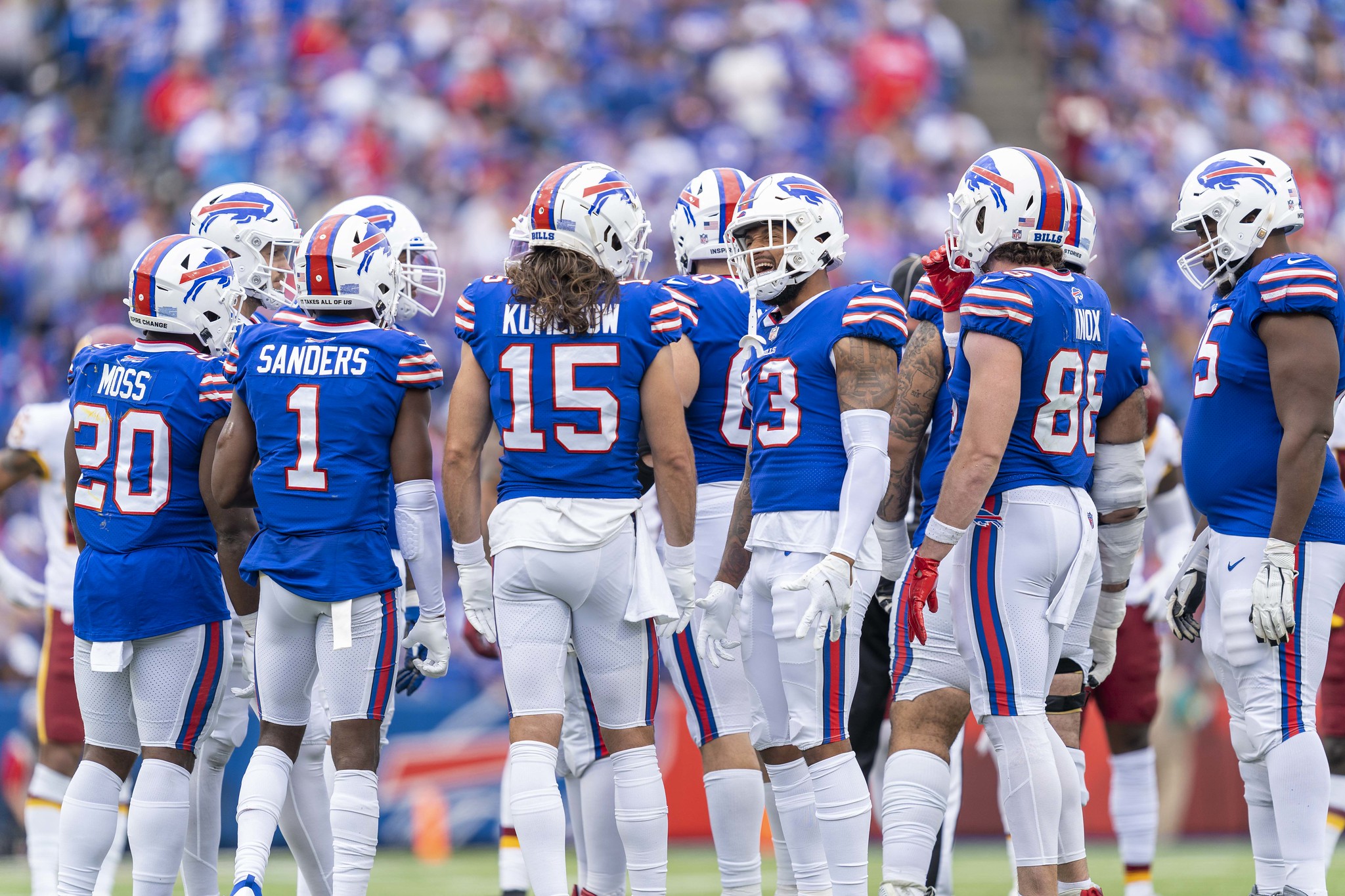 The Ninety-Nine Yards team are back with Belushi’s for a week 16 NFL preview. This week Owain Jones takes a look at a huge, festive, Boxing Day AFC matchup between the Buffalo Bills and the New England Patriots.

THE FIGHT FOR THE AFC EAST

With the Patriots standing at 9-5 and the Bills at 8-6, the race is truly on to top the AFC East. The Patriots currently hold the advantage, but can they hold the charge of a progressive Bills team?

The Patriots machine stuttered in week 15, losing to the Indianapolis Colts. Unable to limit the big plays from running back and MVP candidate, Johnathan Taylor. The Bills, on the other hand, were not as impressive as suggested by their 31-14 win in week 15 against the Panthers. But their win sets up Sunday’s showdown in New England in what could be a season-defining game for both franchises.

This game has massive playoff implications for both sides, setting up a crucial clash in the fight for the AFC East and playoff seedings.

The Bills against the Patriots is a bitter divisional rivalry. In week 13 these two teams faced each other in Buffalo’s Highmark Stadium which was battered by a blazing blizzard, which upstaged the main act. With freezing temperatures and wind speeds in excess of 55 Mph, it wasn’t exactly a game to savour.

The Patriots won that game 14-10, but it is difficult to read too much into the result considering the conditions. Mac Jones only passed the ball three times! Completing 2 of them for 19 yards. That is the fewest in a win in the NFL since 1974. The Bills didn’t unleash Josh Allen’s powerful arm to full effect, adding to the intrigue of this week 16 battle and setting it up perfectly.

The Patriots open up as favourites in this mammoth matchup. With home-field advantage and a master tactician in head coach Bill Belichick, New England will be looking to hold fast and extend their advantage.

It won’t be easy though. The Bills and the Patriots have contrasting styles and whoever executes their game plan more effectively will leave with the win.

Quarterback Mac Jones, who is the presumed Offensive Rookie of The Year, is a distributor type of quarterback who has thrived in this Patriots system because of his decision making and accuracy. He comes off his worst games as an NFL player and if Mac Jones can put that behind him, control the clock and take care of the ball, the Patriots will be in with a shot. It is the Patriots defence that has really put them in contention in the AFC and they will have to slow down an aggressive Josh Allen.

The Bills put a lot on quarterback Josh Allen’s shoulders, but if they’re to come away with a victory, they’ll have to be effective on the ground. Josh Allen of course offers a rushing threat of his own, being one of the better running quarterbacks in the NFL, but he has had issues in recent weeks with a foot sprain. In the Bills win in week 15 against the Panthers, Buffalo running back Devin Singletary took the load off of Allen, averaging over 4.4 yards per carry. Singletary will be an important factor again facing the Patriots.

The running game will be the key to the Bills getting success, both running themselves and stopping the Patriots. While the Bills have had issues throughout the year, stopping their opponents ground attack, they have improved. If Buffalo can stop the Patriots run game and force Mac Jones to create out of structure, then the Bills will have a great chance to win this game.

This game is a playoff game in all but name and expect a playoff atmosphere in Foxborough on Sunday. A clash of AFC heavyweight looking to take control of the East and bolster their postseason credentials - it is all set up for another gripping and captivating chapter in this storied rivalry.

Don’t forget you can follow Owain (@Owain_Jones_) and the @NinetyNineYards team on Twitter for the latest in NFL conversation, and of course, keep an eye out on the blog for fresh content from the team.