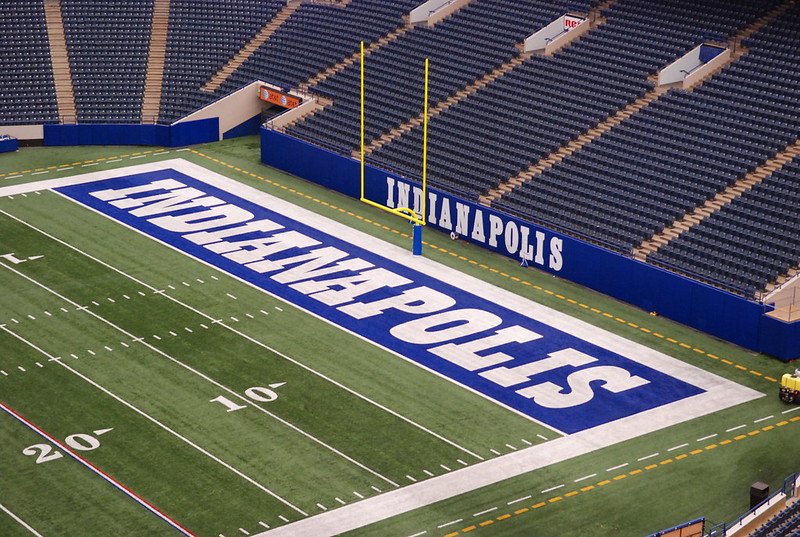 The Ninety-Nine Yards team are back with Belushi’s for a week 15 preview in the NFL. This week Mark Jeffrey will be filling us in on what he reckons could go down this Sunday. Mark is a New York Giants fan whose first NFL London game was Big Blue’s 2016 win over the L.A. Rams.

Week 15 in the NFL offers a long weekend of action with plenty of opportunities for the devoted UK fan to be up late on four separate nights. The pick of the action is the AFC clash between the 9-4 New England Patriots and the 7-6 Indianapolis Colts.

The Patriots and the Colts have history. In the early 2000s, they were often pitted against each other in the biggest games of the regular season and playoffs. Tom Brady versus Peyton Manning. These matchups defined seasons, in particular between 2004 and 2007. Since then, their fortunes have diverged. The Patriots continued to succeed under Brady and Head Coach Bill Belichick. The Colts have managed to flash with the occasional playoff appearance, particularly in 2014 when Andrew Luck guided them to the AFC Championship game. Again, they found their way blocked by Brady and the Patriots.

The New England Patriots stumbled their way through the first season of the post-Brady era. The loss of “the GOAT’ at quarterback and a number of high-profile COVID-19 related opt-outs contributed to a lacklustre 7-9 record in 2020. It was their first season without playoff football in 18 years. But Belichick had a plan. He always has a plan.

When the Patriots drafted Mac Jones in the 2022 NFL Draft, he was the fourth quarterback taken in the first fifteen picks. Little did we know at the time he would be the most successful of them all in his rookie season. Jones exudes the Patriots mantra on offense of taking what the defense gives you and he has grown in confidence behind a strong o-line and run game. The Patriots have won seven on the bounce with this efficient offense and their usual stingy defense, Matthew Judon the standout player with 12.5 sacks already this season.

The Frank Reich era has promised much in Indianapolis but is yet to deliver in the playoffs. Now in his fourth season, the Colts are back as a challenger in the AFC, although 2021 got off to a slow start as they found themselves 1-4 after five weeks. Then the Jonathan Taylor train left the station. Running back Taylor has already smashed through the 1000-yard mark and his 16 touchdowns have helped the Colts offense exceed 30 points in eight of the last nine games.

Similar to the Patriots, the Colts defense is able to apply the brakes to most opposition. Indy bolstered their defensive ranks in the 2021 NFL Draft and rookies Kwity Paye and Dayo Odeyingbo are now impacting on games alongside the established talent of DeForest Buckner and Darius Leonard. The Colts lead the league in defensive takeaways (29) and turnover differential (+13) making them difficult opponents.

Whoever runs the ball more effectively will win this game. The Colts 4th ranked run defense will have to contend with the Patriots committee of backs led by Damien Harris and Rhamondre Stevenson. The Patriots need to stop Jonathan Taylor.

If the game is determined through the air, it will test either Mac Jones’ ability to step up from his game manager-script or Carson Wentz will need to thread the needle through a Patriots defense that has a league-high 19 interceptions.

Both teams are rested after a bye week, and both need to keep the momentum up as they fight for playoff spots in a wide-open AFC. Another classic between these two old foes is definitely on the cards.

Don’t forget you can follow MJ (@47yards) and the @NinetyNineYards team on Twitter for the latest in NFL conversation, and of course, keep an eye out on the blog for fresh content from the team.