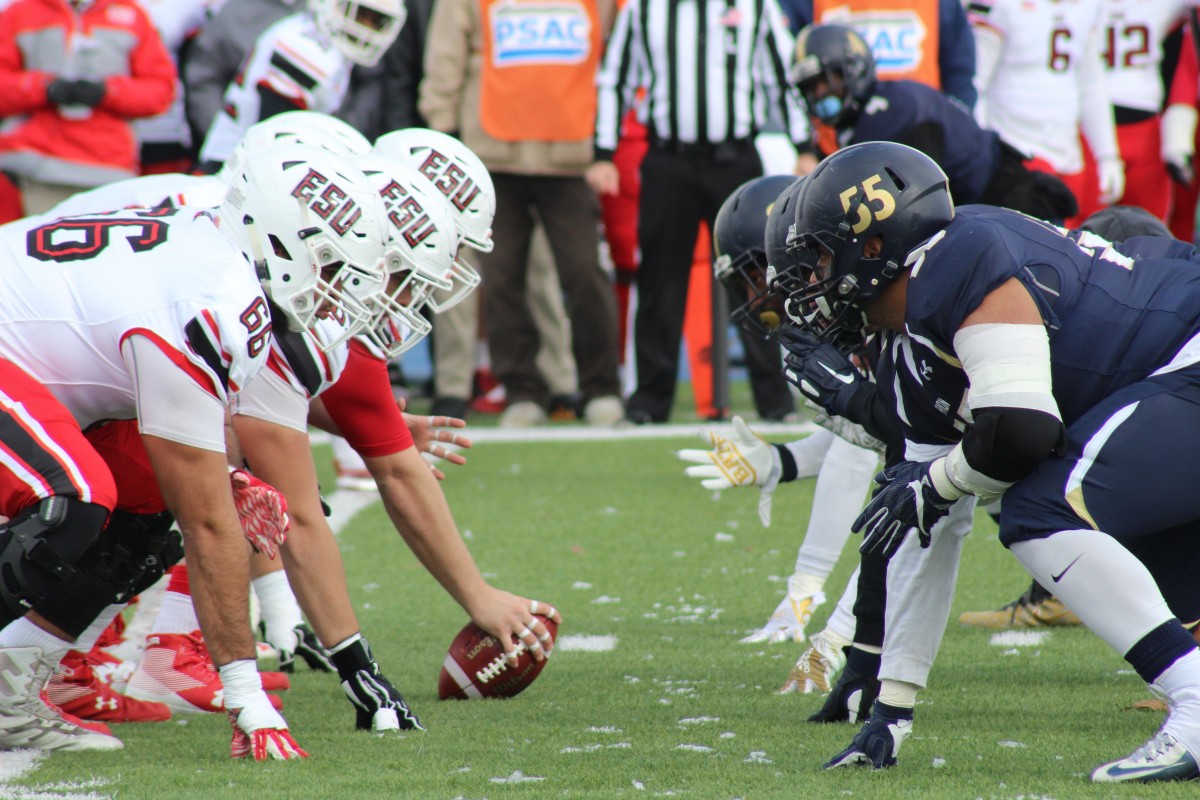 The Ninety-Nine Yards team are back with us here at Belushi’s for Week 14 of NFL action. Our contributor this week is Johnny Cumbleton, an Eagles fan since 1992 who was lucky enough to see his team play in their Super Bowl-winning season.

Want to know the best place to watch the NFL in Europe? Head to the Belushi’s NFL Hub and book your table to watch all the live action.

Christmas is coming and so are the Playoffs. This weekend, we preview a match with playoff implications. The 6-6 Las Vegas Raiders travel to the 8-4 Kansas City Chiefs. This divisional match is essential for the Raiders if they are to keep pace with the AFC’s playoff hopefuls.

Derek Carr has been playing possibly the best football of his career this season. He has 3663 yards and 17 touchdowns through the air so far but is being let down by inconsistent play elsewhere.

Despite their record, the Raiders are still a threat, especially in the passing game. In fact, they’re second in the league in passing. Adding former Eagle DeSean Jackson to the team gives them a legitimate deep threat, while Josh Jacobs is proving proficient at RB. Perhaps my favourite Raiders weapon is Hunter Renfrow who’s heading towards a 1000-yard season (over 700 already). His route running prowess means that he always seems to find space in the coverage and Carr will look to capitalise.

After several unexpected losses early on, Andy Reid has steadied the Chiefs’ ship and they’re riding the waves of a five-win streak. The Raiders, conversely, started strong but have been bitten by the injury bug, losing Darren Waller and Kenyon Drake in back-to-back weeks.

In their first meeting this year the Chiefs humbled the Raiders in a very one-sided affair. For the Raiders to stand a chance they must play mistake free football, something they’ve failed to do this year.

Defence wins championships and the Chiefs’ defence moved from liability to force as the season has progressed. Through the first 5 games of the year, Kansas was allowing 7.1 yards per play.

The marked improvement was obvious when they shut down the Cowboys and Dak Prescott. Could this have been due to returning players Charvarius Ward and Willie Gay Jr. Gay in particular has the elite movement skills that allow the Chiefs to cover so much of the fields from linebacker.

With Andy Reid the game is often won in the trenches and Frank Clark has returned to form and is joined by new addition Melvin Ingram III to provide an impressive pass rush. They’ve allowed Chris Jones to move back inside and play where he’s most comfortable and his plot has picked up as a result.

Add in emerging star linebacker Nick Bolton, a second-round pick and it’s clear to see why the team is playing so well as we move into the home stretch.

Tune in to see if the Raiders can avoid losing the series to Pat Mahomes and the Chiefs.

Looking for somewhere to watch the NFL in London and the rest of Europe? Head to the Belushi’s NFL Hub to check out our NFL packages and book a table. Hurry! Super Bowl seats are filling up fast…