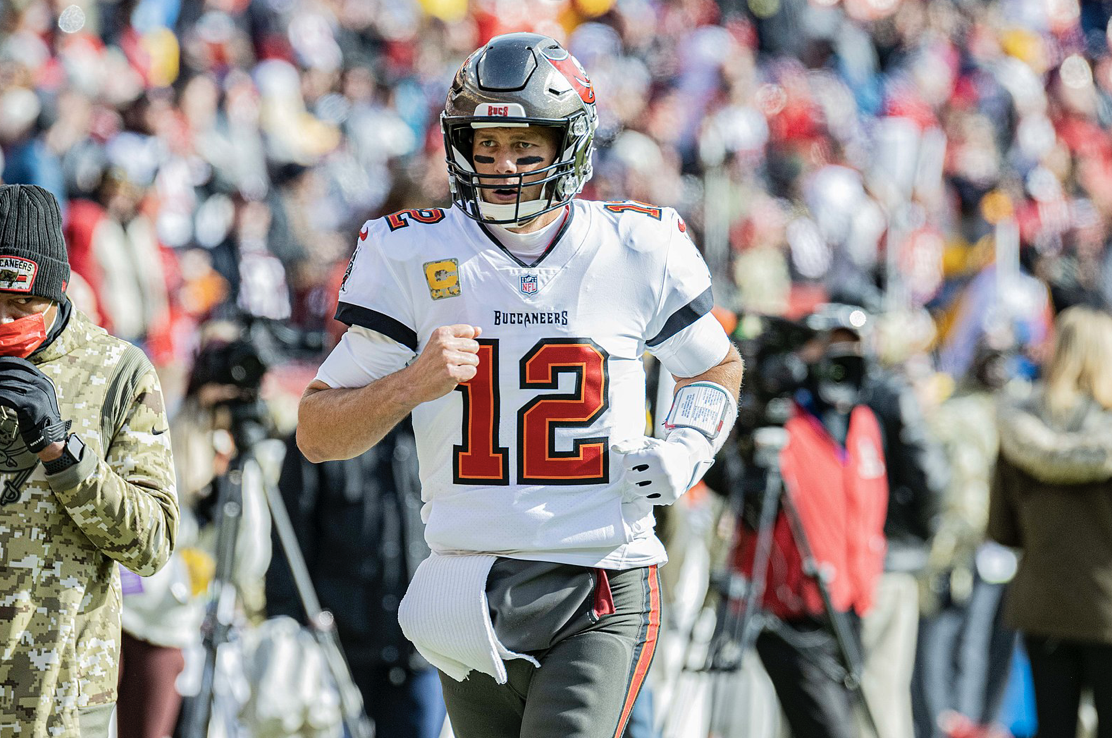 We get a Germany game this week in the NFL with the Seattle Seahawks taking on the Tampa Bay Buccaneers during Week 10. The Seahawks won yet another game, this time beating the Arizona Cardinals on the road. Meanwhile, the Buccaneers broke out of their losing streak by formulating a last-second comeback against the Los Angeles Rams.

Let’s start with the Seahawks here. Seattle is leaps and bounds better than what people expected in the offseason. Geno Smith is genuinely the answer to their quarterback position moving forward, and he looked like it again against the Cardinals. Smith threw for 275 yards, two touchdowns and one interception to lead the offense to 31 points. Their rookie running back Kenneth Walker is phenomenal as well on the ground. Walker had 26 rushes for 109 yards and TWO touchdowns to tie it all together. In the receiving game, everyone got involved. Noah Fant had five receptions for 96 yards, Tyler Lockett had five for 67 and a touchdown, DK Metcalf had five for 37 and a touchdown and Travis Homer had three for 25. Smith was dealing to everybody on this offense. When it came to their defense, they once again made some big plays. Young players all over the place were making an impact with guys like Tariq Woolen and Coby Bryant being stellar playmakers. Against the Cardinals, they had four sacks and a forced fumble to their names. Just an overall surprisingly talented team.

As for the Buccaneers, they won, but the jury is still out on how good they are as a team. This team just doesn’t look very good right now. Tom Brady threw for 280 yards, a touchdown and zero interceptions during the win. Unfortunately, he threw for only 280 yards despite racking up 58 total passing attempts. With these weapons on offense, the team is just resorting simply to check downs and quick passes without getting any run game going. Rachaad White had eight rushes for 27 yards while Leonard Fournette had nine for 19. That’s not going to win you games. In the passing game, Cade Otton and Scotty Miller had the best days. Otton had five receptions for 68 yards and the game-winning touchdown while Miller had seven for 53. For those wondering where their playmakers were, they were non-factors. Mike Evans had five for 40, Chris Godwin had seven for 36 and Julio Jones had two for 28. As you can see, all of these guys were averaging about six yards a catch. Defensively, Tampa Bay looks great. Their run defense is phenomenal and has been a core part of their success for most of the year. However, they are depleted in the secondary which has resulted in them getting ripped apart through the air.

When it comes to which team might be able to win this game, I honestly have to think that Seattle can pull it off. Tampa Bay did get a vintage performance out of Brady on that final drive, but they can’t keep relying upon that to win each game. Especially because the Rams played unbelievably conservative to give the ball back with too much time remaining to end that game. The Seahawks play more as a team with so much offensive consistency. It just feels like a game that the Seahawks are going to put up a good number of points here, and the Buccaneers aren’t consistent enough to match it.

Game of the Week: Minnesota Vikings vs. Buffalo Bills

We have an absolute treat lined up for us in Week 10 with the Minnesota Vikings taking on the Buffalo Bills. The Vikings are coming off of a huge comeback win against the Washington Commanders, a game that wound up coming down to the wire. They get to play the Bills who are coming off of a brutal defeat to the New York Jets, their division rivals. Which of these two teams might be able to come out with a win by this one is all said and done?

The Vikings didn’t really play that great of a game against Washington. However, they did give up seven points after the referee ran into their safety on a deep shot down the field. Instead of the safety coming down with an interception, the Vikings player fell, and Washington came away with it at the one-yard line. Outside of that though, the Vikings really didn’t turn it up a notch until the end.

Kirk Cousins had himself another great game with 265 yards, two touchdowns and an interception. Justin Jefferson contributed seven receptions for 115 yards and a touchdown while newly acquired TJ Hockenson had nine catches for 70 yards. However, a concern would be their run game. Dalvin Cook had 17 carries for just 47 yards. That was all they did on the ground. That must improve against the Bills stout defense in Week 10. Other than that, the Vikings looked good on defense, though they shouldn’t have allowed that many points to Washington and Taylor Heinicke.

On the other side, Buffalo just did not have a good second half. There were just too many interceptions and poor mistakes that we don’t usually see from the Bills. Josh Allen threw for 205 yards, ZERO touchdowns and two interceptions. However, he did in fact save his performance on the ground. He took nine rushes for 86 yards and two touchdowns. Stefon Diggs had five catches for 93 yards, but he was the only other offensive player to contribute much of anything. Their run game consisted of Devin Singletary taking eight rushes for 24 yards and James Cook taking four for 15. Besides Diggs, Gabe Davis had two catches for 33 yards, Dawson Knox had three for 25 and Isaiah McKenzie had two for 12. All in all, this group was just shut down. The defense played well against the Jets, good enough to win, but neither side played to their potential.

Overall, I’d have to say that I believe the Vikings are going to win this game. They have consistently been in close games, and some believe that they are frauds given their 7-1 record. While it’s true, they are scraping away wins consistently against worse teams than them, but that doesn’t mean they aren’t a good team. That ability to find ways to win should be enough to get them the victory here. ESPECIALLY, if Josh Allen were to be hindered in any way due to that shoulder injury that squirted its way into the news earlier today.

If this game isn’t the one for you, then check out the Seattle Seahawks taking on the Tampa Bay Buccaneers in Germany. It will be a monumental type of game due to how rare it is to see NFL teams compete in Germany. Seattle will be bringing an elite-level offense at this point with Geno Smith and Kenneth Walker while the Buccaneers trot out the greatest quarterback of all-time, Tom Brady. Expect a thrilling game that could potentially be filled with scoring.