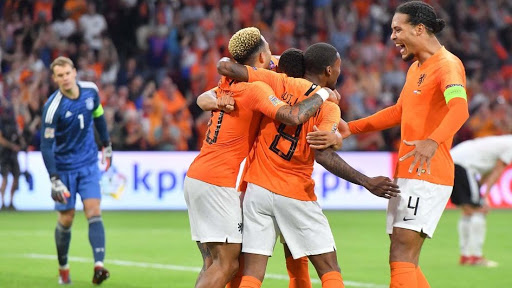 This will be the Flying Dutchmen’s 10th appearance in this competition which they have won once in 1988. Their coach, Frank de Boer is a former Ajax defender. He has, with no surprise, elected the Liverpool players Virgil Van Dijk as captain and Georginio Wijnaldum as vice captain. Van Dijk is considered as one of the best defenders in the world. He is very well known for his strength, leadership and aerial abilities.

The team has a few young and ambitious players such as 23 year old Barcelona midfielder Frankie De Jong, as well as Steven Bergwijn who is the same age and plays as a winger in the Hotspurs composition. There is Memphis Depay, also known simply as Memphis who is a solid bet in this Dutch team.

Fun fact: There is a deeply rooted rivalry between the Netherlands and Germany that has become one of the best known in International football. This is mainly due to the fact that Germany occupied the Netherlands during the 2nd World War. 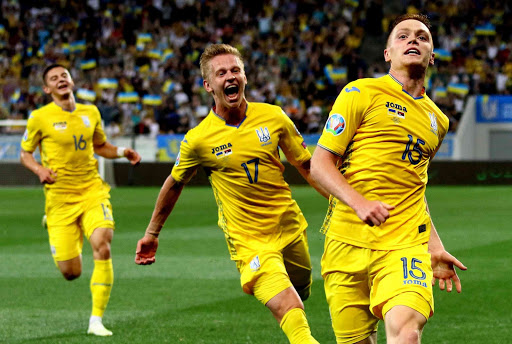 The Ukranian football team is a very unusual case. They perform well in their youth division in Europe and over the world, however, they often fail to achieve the same level at a senior stage. Their first appearance in the World Cup was in 2006 when they managed to reach the quarter finals. This year will be their 3rd appearance in the Euros coached by the famous Ukranian footballer and politician Andriy Shevchenko.

Their 36 years old goalkeeper Andriy Pyatov has been chosen as captain of the team. A player to look out for is young Manchester City midfielder Oleksandr Zinchenko as well as Viktor Tsyhankov from Dynamo Kyiv. This team is a perfect combination of promising youth and experienced players.

Fun fact: During the Euro 2020 qualifying rounds, half of the Ukrainian team was either infected by Covid-19 or injured. They still managed to beat Spain 1-0 to end their 13 games undefeated streak.

This is Austria’s 3rd appearance in the Euros and although they have not performed extremely well as a National team, nevertheless, there are a few names that you may recognize and need to keep an eye out for on the pitch.

Their 33 year old captain is Julian Baumgartlinger. He is the Bayern Leverkusen midfielder and third Captain. There is also David Alaba, a very versatile player that has over 400 appearances with Bayern Munich since 2010. He was voted Austrian Footballer of the year on seven occasions! Lastly, Marcel Sabitzer will definitely be a player to watch closely. His vision of the pitch will be a strong asset for this Austrian team. 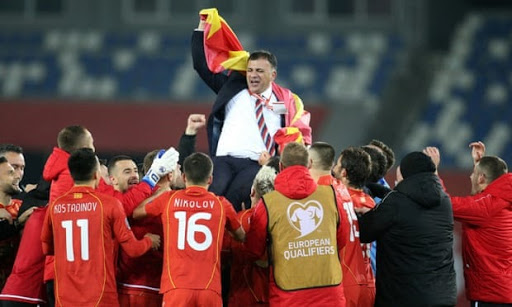 This is their first ever International Competition, bearing in mind, they became an independent country in 1991.

However, with Igor Angelovski as their head coach, they have managed to achieve some impressive results by drawing twice against England and the Netherlands, one draw against Italy and Portugal, and a win against Serbia these past few years.

There are also a few players that may stand out from the rest of their teammates. One of them who you may know is Ezgjan Alioski, a Leeds United winger, commonly known as “Gjanni”. He is a 29 year old player that is essential to the team of North Macedonia and could bring some Premier League experience to the team. However, the player to watch will be Elif Elmas, a 21 year old who plays for Napoli as a midfielder. He is fast and can be very efficient in front of goal.

Fun Fact : Macedonia was renamed North Macedonia in 2019 after the Prespa agreements that were made between the Republic of Macedonia and Greece.